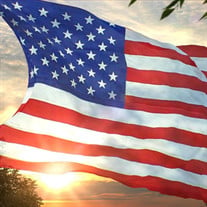 William R. “Bill” White was a native of Pennsylvania born in Trotter, Fayette County to Beatrice K. Johnson Baker and Willie “William” White. He was predeceased by his parents and his four siblings: sisters, Ernestine K. Thompson, Constance R. Craggette; brothers, James White and Joseph White. He was raised by his stepmother and her husband, Mildred B. Chadwick and Archie Chadwick of Irwin, PA. In his earlier years of education, Bill attended Norwin High School in Irwin, PA and the Engineer School in Fort Belvoir for Electronic Motor Repair. Bill served his country proudly in the National Guard, Air Force, and Army. He was awarded the National Defense Service Medal, Good Conduct Medal, Air Force Longevity Service Award, Combat Infantry Badge, and Distinguished Unit Citation. While in the Army, he served in the Korean War and earned the Korean Service Medal with four Bronze Service Stars. At the Washington Navy Yard in Washington, D.C. during the 1960’s, he met his wife of 47 years, Julia Bryant White. Bill worked for the United States Government for 33 years with several divisions. Upon retirement, he was with the Department of Health and Human Services at the National Institutes of Health as a Property Utilization Specialist. Together, Bill and Julia passionately helped with many community activities. These activities included the Kettering Community Association (KCA) where he served as a member of the Architectural Committee. In 1992, Bill and Julia were presented a resolution by Senator Leo Green from the Senate of Maryland as Kettering’s Citizens of the Year. He served with several veterans’ organizations and other affiliations. Serving over 35 years as a Life Member of the Veterans of the Foreign Wars and charter member of Largo-Kettering Post 7757. He was a Grand Commander of the Military of the Cooties, and Post Commander and Life member of the American Veterans (AMVETS) and a member of the Disabled American Veterans (DAV). In 1958, he became a member of the Prince Hall Grand Lodge, Sublime Prince of the Royal Secret 32o of the Ancient and Accepted Scottish Rite Freemasonry, and he was a Shriner. In their later years, Bill and Julia moved to Annapolis, MD where they could relax by the water, near the Chesapeake Bay. Even then, they continued to serve veterans organizations traveling as a team to many states representing the state of Maryland. They spread the word to others about the importance of helping veterans who come home from war. Bill and Julia enjoyed spending time with their family and friends, including their devoted and caring daughter Jewel Elizabeth, son-in-law Eugene Williams, Jr., and granddaughter Paige Annmarie all of Farmville, VA. He loved his sons Kevin H. White and Keith P. White, sister-in-law, Betsy J. Bryant, and a host of nieces and nephews, other relatives and friends who will cherish his memory. In 2015, Bill moved to Fredericksburg, VA and impacted many lives during those years. While at Cardinal Village, he participated in senior sporting activities, art and group events, and playing the piano. He would sit in the lobby and greet those who entered the facility with his smile. He cherished the moments when interacting with residents and members of the community. Because of his love of music, he would encourage the staff to join him for a dance and would tire them with his unwavering energy. Bill’s legacy is led by these words, “…As you seek to know the will of our Heavenly Father in your life and become more spiritual, you will be far more attractive, even irresistible. You can use your smiling loveliness to bless those you love and all you meet and spread great joy. -James E. Faust

William R. &#8220;Bill&#8221; White was a native of Pennsylvania born in Trotter, Fayette County to Beatrice K. Johnson Baker and Willie &#8220;William&#8221; White. He was predeceased by his parents and his four siblings: sisters, Ernestine... View Obituary & Service Information

The family of William Raymond White created this Life Tributes page to make it easy to share your memories.

William R. “Bill” White was a native of Pennsylvania born in...

Send flowers to the White family.