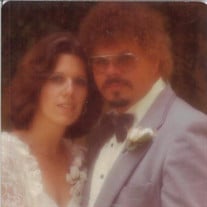 William Ernest Watkins, Jr. was born on February 2nd, 1938 in Harrisburg, Pennsylvania to William and Helen Watkins. Soon after, Bill, his parents and his sister Anne moved to a farm in Connecticut where Bill developed his love of horses. At the age of six, the family moved to Towson, Maryland. One of Bill’s fondest memories was riding his motorcycle through Towson High School in the year prior to his graduation from there. Along with riding motorcycles, Bill also got interested in building and driving go carts. At the age of 16, Bill went to work for International Harvester, in Baltimore, with his father where he honed his machinist skills. His love of go carts led the way for Bill to build and race cars at local dirt tracks in and around Maryland. In 1967, Bill sold the engine of his race car in order to build the shell of the house he built in Cape St. Claire Maryland. Around the same time, Bill started working at Westinghouse in the Aerospace Division in Linthicum. After 10 years there, he transferred to the Oceanic Division at the Bay Bridge location in Annapolis. During his time in the Oceanic Division, he was instrumental in the building, testing and the deployment of the Deep Star 2000 which was a 2 man sub used to place flow meters on the axis in New York harbor. Bill continued to work for Westinghouse until 1978 when he broke his back at work. While recuperating, Bill opened the Captain’s Catch Seafood House on the outskirts of Cape St. Claire. In the late 70’s, while serving as foreman for Dick Rice and Rice Builders, Bill moved onto overseeing the construction of 100+ homes in the community now known as Atlantis in Annapolis, MD. Bill then moved onto the Bay Hills Golf Course as head groundskeeper. After a couple of years, Bill went to work for Anne Arundel County as a contracted maintenance person. Bill would eventually retire from the County as an inspector with Buildings and Permits. Throughout all of his working endeavors, Bill developed a variety of (including playing with Johnny Cash at the Uline Arena in Washington DC and with Ronnie Dove at local establishments), playing pool and owning a boat. Bill built his own radio controlled airplanes which led to earning his pilot’s license and purchasing his own plane. In the 70’s, Bill coached little league football in the Cape. Bill was a long time Baltimore Colts and Ravens fan. Bill spent 5 years as an EMT at Company 19, Cape St. Claire Fire Department. Bill was instrumental in building a sound proof wall at Anne Arundel Fish and Game where he was life time member. Bill was also a life member with Elks Lodge # 622 in Annapolis, MD. Bill is survived by his wife of 43 years, Judith Lynn (nee. Seipp), daughters Deborah Hayes, Barbara Luckham and Tracey Watkins (David Lomboy), grandchildren Robert Manning, Christopher Manning(Dana Manning), Jennifer Manning, Brandon Luckham (Tatum Schumann), Joshua Luckham, Hunter Lomboy (Jasmine Lilly) and Matthew Hayes, great-granddaughter, Sophia Lomboy, Sister and brother – in – law, Anne and Fred Sauerbrey and many nieces and nephews. He was preceded in death by his parents and his daughter, Cheryl. Residing in the same house that he built in 1967, Bill passed away at his home on Sunday September 29, 2019 after a lengthy illness.

William Ernest Watkins, Jr. was born on February 2nd, 1938 in Harrisburg, Pennsylvania to William and Helen Watkins. Soon after, Bill, his parents and his sister Anne moved to a farm in Connecticut where Bill developed his love of horses.... View Obituary & Service Information

The family of William (Bill) E. Watkins Jr. created this Life Tributes page to make it easy to share your memories.

Send flowers to the Watkins family.