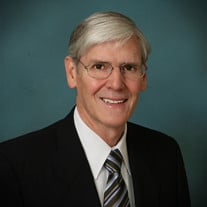 Bill Baugh, loving son, father, and grandfather, died peacefully in his sleep on May 12th after a wonderful Mothers’ Day weekend celebrated with his family. Mr. Baugh was the principal of Bill Baugh Associates, LLC, specializing in government relations, business development and marketing for Department of Defense (DoD) clients in the chemical, biological, radiological and nuclear (“CBRN”) sector. Mr. Baugh began his CBRN career 35 years ago with the Brunswick Defense Division during the tenure of MG Gerald Watson at Fort McClellan, and ultimately serving as Vice Chairman of the National Defense Industrial Association (“NDIA”) CBRN Defense Division and Chair Emeritus of the NBC Industry Group. Mr. Baugh was a Life Member of the Association of the United States Army, the Chemical Corps Regimental Association (CCRA) and in 2017 was awarded the Honorable Order of the Dragon for his support and service to the CBRN community. In 2018 Mr. Baugh was elected as the small business representative on the NDIA / JPEO – CBRN Acquisition Industry Forum (CBRNAIF). Additionally, he started and supported the NDIA MG Jim McInerney ROTC Scholarship Program as well as other soldier support programs. Mr. Baugh was actively involved in every aspect of the Jefferson Island Club, from weed management to Capitol Hill events, most recently serving as the Club’s president. Formerly, Mr. Baugh was a Senior Vice President and General Manager of TVI Corporation and Vice President for Marketing and Government Relations for Smiths Detection where he worked for twenty-one years. Although his business accomplishments were many, Mr. Baugh will be best remembered for his exceptional kindness and humility. Born in Pittsburgh, Pennsylvania, Mr. Baugh spent his childhood with his parents, Charles and Helen Baugh, and his six brothers and sisters in Princeton, New Jersey; Philadelphia, Pennsylvania; and Severna Park, Maryland. He graduated from the University of Maryland with a BS in Industrial Technology and began his professional career as a Production Methods Engineer at Koppers Company in Baltimore, Maryland. Mr. Baugh and his wife of 40 years, Jackie Baugh, raised their son, Michael (Sarah) Baugh, and daughter, Christine (Rick) Gilliland, in Millersville, Maryland. As a father and husband, he enthusiastically pursued and encouraged his family’s diverse interests, from woodworking to soap making, sailing to rocket ship building, and most everything in between. More recently, he enjoyed spending time making things with his five grandsons in Severna Park and Cambridge, Maryland. As a master problem-solver in industry, his community and family, his measured presence will be forever missed. The family will hold a celebration of life gathering on Sunday, May 19th from 11 to 2 pm at the Ben Oaks Community Pond: 436 Severnside Drive, Severna Park, MD 21146. In lieu of flowers the family requests that contributions be made to "NDIA Washington DC Chapter Scholarship Fund" (the memo line should note: Maj Gen James E. McInerney Jr. Scholar Award) and mailed to: NDIA, Washington DC Chapter, 1831 Wainwright Drive, Reston, VA 20190-3441.

Bill Baugh, loving son, father, and grandfather, died peacefully in his sleep on May 12th after a wonderful Mothers&#8217; Day weekend celebrated with his family. Mr. Baugh was the principal of Bill Baugh Associates, LLC, specializing in government... View Obituary & Service Information

The family of William Charles Baugh created this Life Tributes page to make it easy to share your memories.

Send flowers to the Baugh family.