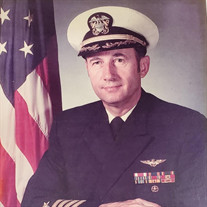 Not sure what to send?

Thomas “Tom” Hugh Ross, Jr., Captain, USN, Retired, a graduate of the Class of 1950 of the United States Naval Academy, and thereafter serving as a Navy aviator for 30 years, and a longtime resident of Annapolis, passed away on May 8, 2022 at Brightview Senior Living-Annapolis. He was born May 18, 1927 to Thomas Hugh and Anna “Marie” Klaiber Ross in Pittsburgh, Pennsylvania, where his father worked for Pittsburgh Plate Glass, now PPG, and managed the World Champion Pittsburgh Yellow Jackets hockey team, and his mother was a nurse. On May 25, 1935, at age eight, he attended a Pittsburgh Pirates baseball game at Forbes Field against the Boston Braves, in which Babe Ruth hit the last three home runs in his illustrious career, the last (No. 714) being the first ball hit over the roof and out of the stadium in right field. Tom received the baseball that was the last out of the game. Many family discussions ensued regarding that game. After his father died in 1936, Tom moved with his mother back to her family’s home in Miamisburg, Ohio, where his grandfather operated Klaiber’s Grocery Store. Marie worked as a nurse in Dayton. Tom graduated first in his class at Miamisburg High School and attended Ohio State University before entering the Naval Academy, a lifelong dream, in 1946. Following graduation, Tom married the former Ann Sipp of Baltimore, a 1950 graduate of the University of Maryland. Their first duty station was Pensacola for flight school. Tours of duty took them to Corpus Christi, TX, Norfolk, VA, Bermuda, Monterey, CA, Albuquerque, NM, Newport, RI, Annapolis, Jacksonville, FL, where he commanded the VP-16 squadron, and the Pentagon. Tom also served in Spain, South America, Guantanamo Bay during the Cuban missile crisis, and the Philippines, serving in the Vietnam War. While on active duty, Tom set international flying records on the P-3C anti-submarine and surveillance aircraft. He was awarded the Meritorious Service Medal. Following his retirement in 1986, Tom and Ann initially retired to Orange Park, FL, before returning to Annapolis to be closer to children and grandchildren. Tom was preceded in death by his wife of 52 years, Ann, in 2004. He's survived by his sons, Tom (Susanne), Doug, and Jim (Lynn), as well as eight grandchildren and three great grandchildren, who knew and adored him as “Papa.” In 2007, Tom married Kathryn “Kippy” Amick. They spent wonderful years together traveling, attending Navy games, church activities, and being with family. Kippy passed away on June 30, 2021, and, soon after, Tom relocated to Brightview. He was close to Kippy’s three daughters, her son, and their children. Tom’s family has organized a memorial service to honor Tom’s life, which will be held on September 8, 2022 at 12:00 p.m. at the Evangelical Presbyterian Church, followed by entombment at the Naval Academy Columbarium. It is anticipated that a reception will follow thereafter.

Thomas &#8220;Tom&#8221; Hugh Ross, Jr., Captain, USN, Retired, a graduate of the Class of 1950 of the United States Naval Academy, and thereafter serving as a Navy aviator for 30 years, and a longtime resident of Annapolis, passed away on May... View Obituary & Service Information

The family of USN Ret. Cpt Thomas Hugh Ross created this Life Tributes page to make it easy to share your memories.