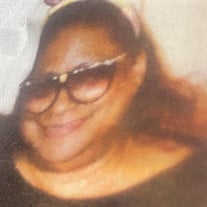 Shirley Cecelia Garner Hansberry was born in Washington, D.C. on April 25, 1935, to James Carlie and Mary Moore Garner, Shirley was the second child of the couple. Mary died in childbirth with their second child. Shirley departed this life on Tuesday, May 17, 2022, at Holy Cross Hospital in Silver Spring, Maryland. Shirley went to live in Tompkinsville, Maryland with her maternal grandmother after her mother's death. There she attended elementary school. Shirley later went to New York City to attend public schools. She was lovingly cared for by her Aunt Amelia and paternal Uncle Bill. She graduated from Washington Irving High School. She then went on to study and graduate from A. and T. College in Greensboro, North Carolina. After graduation she returned to the Washington, D.C. area to work at the U.S. Post Office. It was in Washington, D.C. that she met and married Albert Hansberry. From this union came one daughter, Sinseri Hansbery. The family moved to New York City, In New York City, Shirley worked for the Manpower Development Training Program. It was called the Harlem Team for Self Help. The program was developed to aid school dropouts. Shirley really enjoyed working with this population. Shirley attended church services in New York. She loved the Lord and spent a great deal of her time studying the Bible. It was from the love of the Bible that she decided to work with a prison ministry setting. It was her desire to teach those with life challenges. The greatest trip of her life was to Israel. She wanted the opportunity to see and walk where Jesus ministered, died, and rose again. Herlast job was working with children with Special Needs. The organization was the Edwin Gould Group Home Association. There Shirley encouraged and taught young girls with challenging life issues. Shirley had one grandson who died in infancy. She leaves to cherish her memory one daughter Sinseri Hansberry, one sister Barbara Garner Wells, three nephews Daryl, Gerald, Royce Anthony (Lydia), one great niece Angela, one great nephew Royce Erick, and three great-grandnephews, and one great- grandniece, cousins, Robert Garner and Mark Garner, and other relatives, and a host of god-children, Jeffery Johnson, Renetra Anderson, Crystal Jordan, Chivar Mullen, Nekkai Jordan, Shana Jordan, Cheyenne Jordan, and Rahshaun Carter, best friends Donald Moore,Pamela Moore, and other friends in New York, Maryland, and Annapolis.

Shirley Cecelia Garner Hansberry was born in Washington, D.C. on April 25, 1935, to James Carlie and Mary Moore Garner, Shirley was the second child of the couple. Mary died in childbirth with their second child. Shirley departed this life on... View Obituary & Service Information

The family of Shirley Hansberry created this Life Tributes page to make it easy to share your memories.

Send flowers to the Hansberry family.