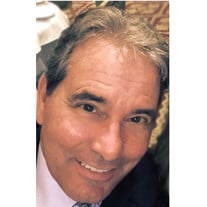 Douglas Scott Schneider passed away on Dec. 12, 2020 at his home in Edgewater, MD after a courageous two year battle with cancer. Born on October 28, 1956 in Fort Benning, GA, he was the son of Joseph William Schneider Jr. and Emma Lew Bowers (Downs). Scott grew up and attended school in Baltimore County. He received his B.A. from Western Maryland College where he became a brother of Gamma Beta Chi and formed many lifelong friendships. He then went on to get his M.A. from Frostburg State University. He spent most of his career in the truck equipment industry, working for Granturk Equipment Co. in Baltimore for the last 30 years. His bread and butter was selling refuse and recycling truck bodies and equipment. He loved his job and he loved his Granturk family and customers! He lived in Baltimore County as a young man before moving to the Annapolis area and then realized his dream of living on the water in Queen Anne’s County for ten years, eventually moving back to Anne Arundel County and settling in Edgewater, MD. He was an avid boater for many years. He loved the beach, particularly Fenwick Island and Bethany Beach, DE where he enjoyed being with family and relaxing. He was a golfer and always had his clubs in his trunk. Playing 18 holes with his son was a perfect day for him regardless of the weather. The fraternity golf trips were something that he looked forward to every year. He loved music, especially The Grateful Dead, Jimmy Buffett and James Taylor, who he finally saw in concert last year. Scott was a die-hard Orioles fan, a fan of Maryland Basketball, and he split his allegiance between the Redskins and Ravens football teams. He loved his family dearly. Scott was preceded in death by his father and mother, his step-father, David L. Bowers, and his sister Lynn Schneider Staples. He is survived by his wife of 29 years, Deborah Lynn Schneider. He is also survived by his step-siblings Stuart Bowers (Mary), Beth Klaine(Tom) and Julie Minch (Paul), sons Clayton and Elliott Schneider, his step-son Gary Mitchell, and granddaughter Savannah Maietta, and his English Springer Spaniel, Guinness. A celebration of life will be held in the near future. Details will be forthcoming.

Douglas Scott Schneider passed away on Dec. 12, 2020 at his home in Edgewater, MD after a courageous two year battle with cancer. Born on October 28, 1956 in Fort Benning, GA, he was the son of Joseph William Schneider Jr. and Emma Lew Bowers... View Obituary & Service Information

The family of Scott Schneider created this Life Tributes page to make it easy to share your memories.

Send flowers to the Schneider family.