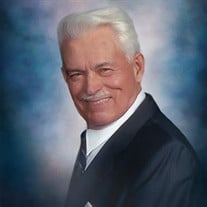 Santiago was born in Ponce, Puerto Rico on May 1, 1925. He lived in Ponce, PR with his mother and father, Maneula Rodriguez Vazquez and Tomas Vazquez. When Santiago was 20 years old, he moved to Maryland in 1945. He worked in a tomato and relish factory. As a young man, he was a devoted Catholic. In 2003, he was baptized as a Seventh Day Adventist at the Liberty Church. Santiago met Glendora in 1985 and were married in 1990. Together they had two children, Emmanuel and Brittany Vazquez. He was a loving husband and a devoted father. Santiago loved to help anyone that crossed his path. He received numerous awards for his strong worth ethic, only proving his dedication and hard work to his career. He loved gardening, painting, fixing and building things, like the time he built a picnic table with wood scraps that he found – neighbors saw it and asked him to make more. He sold five picnic tables in one summer! His favorite foods were rice and rice pudding. When he cooked, he loved to make his favorite dish: hamburger meat with an assortment of vegetables and red sauce. He’d make his own tortillas and eventually made so many that Glendora would give them away to coworkers so as not to offend Santiago with uneaten food. After the tortillas, he got into making ribs and corn on the cob, which Glendora adored! Never once did she share that with coworkers – and once he found out what she loved, he nearly made it all the time. Santiago, known as Bubba, and some may know “we’re all Bubba in the house.” Bubba passed away peacefully on July 7, 2019. He is survived by his loving wife, Glendora; his children who were always in his heart and on his mind, Emmanuel and Brittany; his granddaughter Angel Lee Vazquez; daughter-in-law, Jacqueline Vazquez; The Bolden Family, and a host of family and friends.

Santiago was born in Ponce, Puerto Rico on May 1, 1925. He lived in Ponce, PR with his mother and father, Maneula Rodriguez Vazquez and Tomas Vazquez. When Santiago was 20 years old, he moved to Maryland in 1945. He worked in a tomato and relish... View Obituary & Service Information

The family of Santiago Vazquez created this Life Tributes page to make it easy to share your memories.

Send flowers to the Vazquez family.