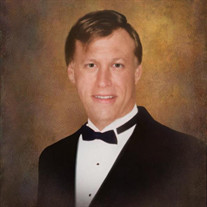 Robert David Rogalski, loving husband, father, brother, son, cousin, and friend passed away peacefully at Sunrise Assisted Living on Wednesday, February 9, 2022 after a long, hard fought battle with multiple sclerosis that had spanned many years. Robert was born on December 11, 1950, in Baltimore Maryland. He was the third of five children of Vincent and Ida Rogalski. He is survived in death by his wife, Joyce Weglein Rogalski, his daughters Laura and Michelle, and many loving members of his extended family. He was preceded by his father, Vincent Rogalski, and his mother, Ida Rogalski. Robert attended St. Rose of Lima elementary school in Baltimore. His interest in engineering began as a high school student at Baltimore Polytechnic High School. Robert attended Virginia Polytechnic State University (now Virginia Tech) where he received a Bachelor of Engineering in Mechanical Engineering. He then went on to Catholic University where he received a Master’s of Engineering in Mechanical Engineering. He then completed a second Master’s Degree at Johns Hopkins University, in Technical Management. He met the love of his life, Joyce, and together they built a beautiful life in Annapolis, MD, with their two daughters. His life frequently paralleled his wife’s, as she also was an engineer who worked at the same naval facilities, and earned degrees at Virginia Tech and Hopkins with him. Their lives revolved around their family and the Navy. Robert worked for the Navy as a civilian for 42 years; he and his wife, Joyce, worked for the Navy for a combined 91 years. Initially Rob was a co-operative education student and then a mechanical engineer at the Marine Engineering Lab in Annapolis, MD, where he was awarded a patent for his invention “Closed cycle vaporization cooling system for underwater vehicle inner-to-outer hull heat transfer.” He then moved on to work at NAVSEA in Washington, D.C., and concluded his career at the Naval Surface Warfare Center in West Bethesda, MD. He was detailed for several years to the Department of Homeland Security, where he received a patent for “Photographing and measuring a territorial radiation field.” Robert traveled extensively for the Navy, developing and testing countermeasures on ships and submarines around the world. Rob’s children also had extensive affiliations with the Navy, and he participated in many of their activities. He attended recitals when his children attended the Naval Academy Primary School. He enjoyed participating in sporting events with his two daughters on the Navy club teams. He was an official and event organizer when Michelle swam for the Naval Academy Aquatics Club. He accompanied Laura to her ice hockey games when she skated for the Naval Academy Girls Ice Hockey team. . Early in their marriage, Rob and Joyce enjoyed many vacations around the world. Their notable vacations included driving around Great Britain where they followed the Scotch whiskey distillery tour. Another vacation included driving around Italy and Sicily; he was honored to be in the Vatican audience of Pope John Paul II. Rob was very proud of his Polish heritage, learning to polka in Baltimore, and visiting his relatives in Poland. Every summer, Rob and Joyce and the children spent a week in a cabin in West Virginia, or at a condo in Ocean City. His daughters remember whittling on the porch of the cabin, and catching minnows in the stream. They also vacationed in Myrtle Beach, Ft. Lauderdale, and made numerous trips to Disney World. Rob and his family also participated in community activities in the Downs on the Severn neighborhood where they lived for almost 40 years; he chaired the social committee with his wife for several years, worked at the community swim meets, and was at one time the community treasurer. He loved dogs, especially Karma, his first dog, and Sammy, who was his devoted buddy. As his illness progressed, he enjoyed sitting in his recliner chair, petting Sammy, and watching TV. He was fond of the old black and white shows, and the Virginia Tech Hokies football games. Rob will be remembered as a great father, husband, brother, son, cousin, and friend. Visitation will be held on Monday, February 14 from 2-4 and 6-8 pm at Lasting Tributes. .A funeral service will be held at Lasting Tributes on February 15 at 11 am to be followed by a luncheon, and then burial at Lakemont Memorial Garden. Family welcomes all those who are unable to attend to view the livestream that will begin at 11 am on 2/15/22 on Lasting Tributes' website. In lieu of flowers, donations can be made in Rob’s name to Anne Arundel County SPCA, aacspca.org.

The family of Robert David Rogalski created this Life Tributes page to make it easy to share your memories.