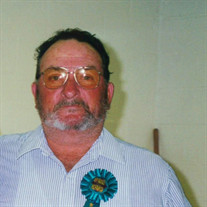 Robert Jerome Daywalt, Jr. (Jerry”) departed this life to join his beloved wife, Virginia, on May 23, 2021. Jerry was born in Annapolis, MD on April 6,1940 to Robert Jerome Sr. and Irma Dunbar Daywalt. Raised in the Eastport and Arundel-on-the-Bay areas of Annapolis, he developed a lifelong spiritual connection with the Chesapeake Bay and it’s surrounding natural habitats. From childhood, Jerry enjoyed fishing, crabbing, hunting, and trapping and his first source of employment was selling his catch from these adventures. He worked as a waterman for much of his adult life as well as farmed for Sheckells Farm in Harness Creek. He was also the long-time caretaker of Camp St. Vincent de Paul and was a familiar helpful presence with McNasby’s Seafood. Jerry was a hard-working man and never sat still until his health began to fail. He loved gardening and maintained a large plot providing fruits and vegetables for his family. He enjoyed canning and preserving his bounty and was well known for his wine-making. Gathering with family and friends also brought him happiness; crab feasts and cookouts were a regular occurrence for the Daywalt clan! He especially adored sharing his knowledge of nature with his grandchildren, some of whom could catch their own fish and crabs to feast on by the time they were 5 or 6 years old! He will be missed! Jerry was predeceased by his parents, his Love, Virginia, and his adored grandson, Andrew Davis. He is survived by his sons, Bobby and Tommy Daywalt of Ridgely, MD, Charles Daywalt (Lisa) of Stevensville, daughters Judy McCartney (Joe) of Henderson MD, Angie Durner of Ridgely, and Dawn Davis of Delmar DE. Also survived by grandchildren, Brian McCartney, Jessica Sterling, Megan Cole, Justin Durner, Michael McCartney, Jordan Durner, John McCartney, Brittany Daywalt, Shane Daywalt, and Jeremy Durner as well as 11 great-grandchildren. He is additionally survived by his three sisters, Janet Sanders of Myrtle Beach SC, Patricia Marcheskie of Middleburg FL, and JoAnn Kinsey of Annapolis as well has a host of aunts, uncles, cousins, nieces and nephews. Visitation will be held at Lasting Tributes, 814 Bestgate Rd., Annapolis, MD, Wednesday, June 2nd from 6-8 pm and Thursday, June 3rd, 11am-1pm with ceremony at 1pm. Please feel free to dress casually!

Robert Jerome Daywalt, Jr. (Jerry&#8221;) departed this life to join his beloved wife, Virginia, on May 23, 2021. Jerry was born in Annapolis, MD on April 6,1940 to Robert Jerome Sr. and Irma Dunbar Daywalt. Raised in the Eastport and Arundel-on-the-Bay... View Obituary & Service Information

The family of Robert "Jerry" Daywalt, Jr. created this Life Tributes page to make it easy to share your memories.

Send flowers to the Daywalt, family.