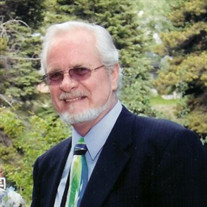 Richard K. Phillips was born at DC General during 1944. After his father’s death in 1950 he moved to Greenwich, Connecticut. His mother married Roger S. Phillips who in 1956 adopted him. Richard graduated from Tabor Academy (Honor Naval School) Marion, Massachusetts and attended La Universidad de Santander, Spain. He was a US Army ROTC cadet and graduated from Georgetown University School of Foreign Service, Class of 1966. As an active duty Intelligence Officer he served in stations encompassing North Carolina, Georgia, Panama, and as an Infantry Platoon Leader in the 101st Airborne Division, Viet Nam. Following active duty, he earned an MBA at American Graduate School of Management (Thunderbird) while serving with a USAR Intelligence Detachment in Arizona. He continued active reserve service with Intelligence units in Maryland and California. He joined Motorola Communications and Electronics in 1976 in Southern Cal, and was soon offered a promotion to develop and manage the Caribbean. With critical issues growing in 1978 Nicaragua and Panama, he was tapped to manage Central America as well. In 1982 he was promoted to the Motorola Federal Government Division to develop and manage US government operations and foreign aid for all of Latin America and the Caribbean working out of the DC metro office. During the period 1982 through 1995 he and his team were issued DoD ITO’s and personally participated in the Grenada Incursion (OP Urgent Fury), the El Salvador Civil War, the Contra War, the Panama Incursion (OP Just Cause), and several major Hurricane Relief missions. He was issued a State Dept ITO to provide on-site communications assistance to the Philippine’s Government Security Service in the Cory Aquino Presidential Election and again during the attempted counter coup by Col Grigorio Honassan. Richard and his team received orders in 1990 from the USAF to deploy to Saudi Arabia during the first weeks of the crisis for purposes of conducting a needs assessment program for deployable strategic, tactical and fast-turn ground communications systems in support of OP Desert Shield/Desert Storm. While serving in this AOR he was breveted to LTC. Motorola then promoted to Global Director of US Army Programs. In 1996 he successfully negotiated the largest contract award in Motorola’s history, $730 million, with US Army Communications and Electronics Command. His last deployment was on Atlantic Command ITO’s to physically inspect potential mountain top sites (supported by the US Army’s 10th Mountain Div) and bring a deployable county-wide communications system in support of the suppression of Haitian dissidents (OP Restore Hope). Richard was then promoted to Director of the Motorola Micom HFSSB Product Group being manufactured in Israel. He retired in 2006. A stimulating career of guns, bullets and radios. Since then he filled his life with fishing the Bay, travelling to countries that he hadn’t yet seen, providing what assistance he could to his Church, his community, and the many fund raising projects the Knights of Columbus. He leaves his lovely adoring wife, Anne, two strong sons, Straun and Brig, and his beautiful daughter, Bree, with hope that they feel he provided enough love for them to prosper. Funeral Memorial Mass will be at Holy Family Catholic Church at a future date. Private Family Burial will be at the Crownsville Veterans Cemetery.

Richard K. Phillips was born at DC General during 1944. After his father&#8217;s death in 1950 he moved to Greenwich, Connecticut. His mother married Roger S. Phillips who in 1956 adopted him. Richard graduated from Tabor Academy (Honor Naval... View Obituary & Service Information

The family of Richard Kevin Phillips created this Life Tributes page to make it easy to share your memories.

Richard K. Phillips was born at DC General during 1944. After...

Send flowers to the Phillips family.