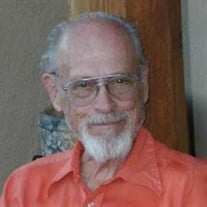 Richard A. Malmgren, MD (Dick) died August 16 at Ginger Cove Health Center. He was 98 and one day shy of celebrating his 74th wedding anniversary with his wife, Ebby. He was born in Minneapolis, Minn., and moved to Staten Island, New York, at the age of 10 when the family moved there for his father’s job in Bethlehem Steel’s purchasing office. He was an active soccer player throughout high school and worked on farms in upstate New York in the summers. With the dream of one day being a farmer, he began college at Cornell University School of Agriculture. But with World War II pressure for more doctors, he shifted into medicine and completed his medical degree at Cornell University Medical Center in New York City in 3 years. He interned at Grasslands Hospital, where he met a beautiful dietitian, Ebby, whom he married. Dick’s strong interest in medical research led him to the National Institutes of Health in Bethesda, Md., where he joined the National Cancer Institute. He was decades ahead of his time in advocating immunotherapy to treat cancer. After retiring from NCI in 1972, he joined the staff at George Washington Hospital as head of the cyto-diagnostic service, where he worked until 1979. Love of sailing brought Dick and Ebby to Annapolis in 1973, and they built a home in Saefern. Together they sailed up and down the Atlantic coast and to the Bahamas. He loved working with his hands and was an excellent craftsman. One of his favorite projects was working with his good friend Ron Markman to design and build the structures for Ron’s monumental sculptural paintings. He became an expert weaver and created full-size room rugs for their home in the 1970s. He and Ebby developed a love for the landscape and sense of adventure in the Southwest, where he had done medical research in Los Alamos, N. M., in the 1960s. That love was rekindled in 1991, when he completed his master’s degree at St. John’s College in Santa Fe. They built a house in Taos and spent many summers there. He is survived by his wife, Ebby; daughter, Betty Wallace (Doug); son, Rick Malmgren (Judy Burke), grandchildren Lisa Jacobs (Paul) and David Wallace and great-grandchild Ian Jacobs.

Richard A. Malmgren, MD (Dick) died August 16 at Ginger Cove Health Center. He was 98 and one day shy of celebrating his 74th wedding anniversary with his wife, Ebby. He was born in Minneapolis, Minn., and moved to Staten Island, New York,... View Obituary & Service Information

The family of Richard Axel Malmgren Sr. created this Life Tributes page to make it easy to share your memories.