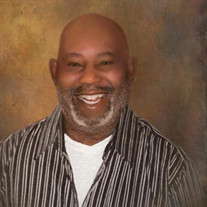 To everything there is a season, and a time to every purpose under the heaven. Ecclesiastes 3:1 A Time To Be Born – On December 21, 1945, Raymond E. Thompson, one of fifteen children was born to Calvin Thompson and Beatrice Price Thompson, in Albany, New York. Early in the morning on Saturday, November 13, 2021, he very quietly slipped away. A Time To Plant – Raymond (better known as Ray) was educated in the Albany, New York school system. He graduated from Albany High School. A Time To Heal and A Time to Build – After graduation, Ray proudly served his country in the U.S. Navy. After serving his country for several years, he moved to the Washington, D.C. area to start a new beginning. Ray joined First Community Baptist Church in 2012 of Glen Burnie, MD. He retired from the Washington D.C government. He loved watching football and talking on the phone with his nephew, Eddie Washington (better known as Brickhouse – deceased). He also enjoyed spending time with his family and friends. Ray especially enjoyed taking trips to Albany with Walter and Helen to see his sister Clara (deceased) and trips to South Carolina to visit Walter and Helen. Ray enjoyed the quiet life and being at home with his wife, Marion. A Time To Die, A Time To Weep, and A Time To Mourn – Early Saturday morning on November 13, 2021, at Oak Manor Center for Rehabilitation and HealthCare, he peacefully and quietly passed away. He leaves to celebrate his life, his devoted wife, Marion, one brother (Walter), his sister-in-law (Helen), two daughters (Cornelia – better known as Lynn and Cheryl) and one son (Raymond , Jr.), five grandchildren (LaToya, Rae Shay, Lamar, Jamel and Elijah), eight great children (Lynnian, Zyeir, Yahsir, Shonyae, Jyeir, Quamar, lamareona, and Madison), three brothers-in-law (Mike, Phillip and Jesse), five sisters-in-law (Barbara, Brenda, Carlene, Lorraine and Vernita) one stepson (Brian), in-laws (Gerald and Micky Matthews) and a host of nieces, nephews, cousins and friends. Ray was preceded in death by five sisters (Clara, Beatrice, Janie, Ann Lou and Jeanette) and ten brothers (Calvin, John, Matthews, Marshall, Willie, R.D., Odell, and James).

To everything there is a season, and a time to every purpose under the heaven. Ecclesiastes 3:1 A Time To Be Born &#8211; On December 21, 1945, Raymond E. Thompson, one of fifteen children was born to Calvin Thompson and Beatrice Price Thompson,... View Obituary & Service Information

The family of Raymond Edward Thompson created this Life Tributes page to make it easy to share your memories.

To everything there is a season, and a time to every purpose...

Send flowers to the Thompson family.