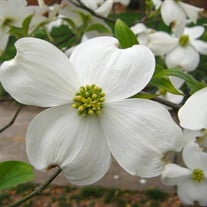 Raymond Louis “Ray” Beauregard passed away peacefully on September 22nd, 2019 at the age of 90. He is survived by his loving wife of 64 years, Dorothy Mary “Dottie” Beauregard née Drissel, his sons, Michael, John, Robert, and Stephen, and his grandchildren, Kevin, KC, Chris, Jill, AJ, Jarret, Danielle, and Pascale, who will always affectionately know him as “Pepe.” He is predeceased by his second son, Jim, who passed away in 1979 at the age of 21. Ray was born on December 21st, 1928, in St. Albans, Vermont, to Arthur George Beauregard of La Presentation, Quebec, and Marie-Reine Beauregard (née Fontaine), of Lowell, Massachusetts. Dottie and Ray were married on August 27th, 1955, at St. Gabriel’s Church in Washington, DC, after meeting at Catholic University, where Ray received a bachelor’s degree in chemistry. In his professional career, Ray will be remembered for his work to advance the field of insensitive munitions, an innovation that has prevented accidental casualties in the Armed Forces due to premature detonation of munitions. After serving in the Army as a tank commander including duty stations in Camp Pickett, VA, Fort Irwin, CA, and Munich, Germany, Ray worked as a chemist as an Aeronautical Fuels and Propellants Chemist at the Naval Ordnance Laboratory in White Oak, MD. In his ten years at the Naval Ordnance Laboratory, Ray was a pioneer in the development and testing of insensitive munitions, a concept that allows armaments to remain stable until their intended detonation. Subsequently, he transferred to the Bureau of Naval Weapons in Washington, DC and became a munitions expert for several organizations, including Space and Naval Warfare Systems Command and NATO. It was while working on the Polaris program that Ray developed a method for testing propellant detonability, which was later termed “the Beauregard Test.” After his retirement, Ray maintained a comprehensive history of the insensitive munitions program and was often cited as a leading resource on the subject. His family will forever remember his quiet strength, passion for genealogy, penchant for flambéing Steak Diane, and the joy of his presence at the family cottage in Broadkill Beach, Delaware.

The family of Raymond Louis Beauregard created this Life Tributes page to make it easy to share your memories.

Send flowers to the Beauregard family.