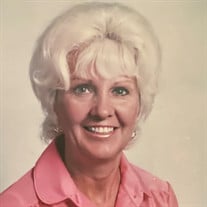 Phyllis (Honour) Laser joined her awesome Savior on 8/21/21. Born in Baltimore, Md., Phyllis attended Bladensburg High School and the University of Md. Phyllis met her husband, Larry, in high school in 1949 and the two soon became sweethearts, marrying in the University of Md. Chapel at the end of their junior year. Phyllis joined the Office of Security at CIA on graduation and Larry taught Spanish at the University. Larry then followed her into CIA in 1956, leading to some 50 years (half as staffer and half under contract) of exciting and rewarding work. Although Phyllis left the CIA as a staffer, she did some contract work overseas and became an all-star CIA wife, quickly learning Portuguese and becoming a Brazilian favorite. In Belo Horizonte, Minas Gerais, Phyllis was selected as one of the State’s most elegant ladies, the only non-Brazilian in the group of ten. She and Larry and the children spent 10 years in Brazil and four in Miami and were blessed with interesting and rewarding international travel. Phyllis was also an all-star mother, grandmother, and great grandmother. She and Larry were blessed with three wonderful and loving children, Debra, Kevin, and Lawrence Michael, all living nearby. Adding to the blessing are seven grandchildren and nine great grandchildren. Phyllis and Larry moved to Heritage Harbour some seven years ago after 35 years on the Magothy in Atlantis. In summary, Phyllis, who loved dancing (tap, ballroom, and country line), was a true all-star and is probably pursuing these above. An ardent Christian, Phyllis and Larry were members of the Bay Area Community Church (BACC), having attended this fabulous Church for about 30 years as of this date, some 20 as ushers/greeters.

The family of Phyllis Mae Laser created this Life Tributes page to make it easy to share your memories.

Send flowers to the Laser family.