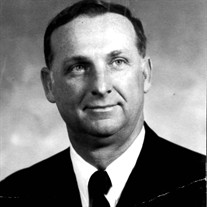 With sadness we announce the passing of VADM (ret.) Philip Michael Quast who died on September 25 surrounded by his loving family in Annapolis, Maryland. Phil Quast was a devoted husband to Peggy, his wife of 55 years, father to five children, grandfather to 12 grandchildren, friend to many, mentor to countless more. His faith, his family, and his country reigned supreme in his life. Phil was born May 15, 1939, in Sheboygan, Wisconsin, the second of three sons. He showed a strong work ethic from an early age, ice fishing on Lake Michigan, earning extra money fur trapping muskrats, collecting minnows for fishing bait, and running a newspaper route. As a teenager, he excelled in basketball, baseball, football, and served as team captain for all three. As a “Wisconsinite,” it was only natural he adopt the Green Bay Packers (which he watched play at his high school) and the Milwaukee Braves, where he watched Hall of Famers Hank Aaron and Warren Spahn play in the 1957 World Series season. Phil studied history at Carroll College and began his Navy career in 1961. While serving in California, he met Margaret Barbara (Peggy) Lord and they married in Peggy’s hometown of Santa Barbara on July 11, 1964. Their first three children, Tim, Molly, and Gretchen, were born in California; they and their siblings Annie and Thomas had a very mobile Navy upbringing in Newport, Rhode Island, Annapolis, Maryland, Norfolk, Virginia, Honolulu, Hawaii, Coronado, California, Pascagoula, Mississippi, and Alexandria, Virginia. Vice Admiral Quast served two tours of duty in Vietnam leading Riverine Forces deep in country, where he earned a Bronze Star with Combat Vs. He served early sea tours aboard USS MATTHEWS, USS KING, and USS TWINING. As XO (Executive Officer) on the USS TALBOT, his subordinates remember with fondness that he said they could address him by his first name: “X.” Subsequently his tour at the US Naval Academy began a lifelong association with officers then serving at the Academy, as well as many classes of USNA Midshipmen. Phil’s command tour on the BENJAMIN STODDERT (for which he won the Admiral Stockdale Leadership Award) and as commissioning CO of BUNKER HILL were brilliant successes - as were his tours as the NIMITZ Strike Group Commander during Operation Desert Storm and Commander, Military Sealift Command, the worldwide military logistics command. While many ship captains are very successful, Admiral Quast led BUNKER HILL in such a way that he made every crew member feel important and a vital part of the ship’s success. He was the first Navy ship captain to choose to eat with his officers in the wardroom, a gesture that endeared him to his crew, fostered strong unit cohesion, and became a Navy tradition. Phil retired from active duty in 1997 as Commander, Military Sealift Command, and as the longest-serving officer in the Navy at the time, the “Old Salt.” From that storied moniker came his family nickname, “Salt.” In 2002 Phil went on to serve as the Navy’s Executive Learning Officer, teaching leadership to rising captains and admirals. In his retirement years, he and Peggy turned their efforts to adventuring with their grown children and growing brood of grandchildren (the “dozen cousins”). They took cross-country road trips and gathered in various summer havens—Cape May, Rehoboth, Sheboygan, Chicago, and others, watching his favorite sports teams, and teaching his grandsons how to properly grill a bratwurst. In 2015, the 40th anniversary of the fall of Saigon, Phil was able to take Peggy and some of his children and grandchildren to Vietnam to revisit sites of his experiences and offer stories and amazing history lessons. Phil Quast’s courage, compassion, character, faith, and humor are legacies being passed through countless people touched by his leadership, his friendship, and his example, as well as his children and grandchildren, for which they are eternally grateful. His viewing will be held Friday, 4 October, 6-8PM at Lasting Tributes at 814 Bestgate Road in Annapolis, MD. A funeral mass will be held at 9:30 am on October 17 at the USNA Chapel, followed by a reception. In lieu of flowers, Phil wished for contributions to the following organizations: EWTN Eternal Word Television Network 5817 Old Leeds Rd Irondale, AL 35210 ewtn.com National Shrine of St. Therese 8501 Bailey Rd. Darien, IL 60561 saint-therese.org Priests for Life PO Box 141172 Staten Island, NY 10314 priestsforlife.org FOCUS Fellowship of Catholic University Students PO Box 33656 Denver, CO 80233 focus.org Monterey Herald (California) Coronado Eagle Coronado Journal

With sadness we announce the passing of VADM (ret.) Philip Michael Quast who died on September 25 surrounded by his loving family in Annapolis, Maryland. Phil Quast was a devoted husband to Peggy, his wife of 55 years, father to five children,... View Obituary & Service Information

The family of Philip Michael Quast created this Life Tributes page to make it easy to share your memories.

With sadness we announce the passing of VADM (ret.) Philip Michael...

Send flowers to the Quast family.