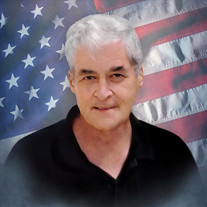 Peter McDermott was born in Astoria, Long Island, NY on October 5, 1940. He enlisted in the Army on 8 July, 1959 and after completing Initial Entry Training with the 2D infantry division, Fort Benning, Ga., was assigned to Mortar battery (Honor Guard), 1ST Battle Group 3D Infantry (The Old Guard) on 4 January, 1960. During his tenure with The Old Guard, he was one of the founding members of the Old Guard Fife and Drum Corps and remained with them until his ETS on 6 July, 1962. Upon completion of active duty, he volunteered for Special Forces duty in the US Army Reserve and subsequently completed Basic Airborne Training, the Special Forces Qualification Course, Jumpmaster School, The Intelligence Analyst Course, the Army Pre-Commission Course, and the Psychological Operations Course before being appointed as a Warrant Officer in 1974, continuing to serve in the USAR with the 11th Special Forces Group (ABN), the 352D Civil Affairs Command, the 97th US Army Reserve Command, and the 311th Theatre Signal Command. During Desert Shield/Storm, he was recalled to active duty where he served as the Chief, Reserve Personnel Division, Fort Meade Military Personnel Office for one year. CW4 McDermott retired from the USAR on 5 October, 2002 after completing 43 years of military service. He had previously retired from Civil Service as a Department of Army Civilian employee on 30 October, 1999, after 37 years of service. CW4 (Ret) McDermott was awarded the Legion of Merit, the Meritorious Service Medal with two Oak Leaf Clusters, the Army Commendation Medal with three Oak Leaf Clusters, the Army Achievement Medal, Army Good Conduct Medal, the Army Reserve Component Achievement Medal (7th award), the Armed Forces Reserve Medal (4th award), the National Defense Service Medal with Bronze Service Star, the Armed Forces Expeditionary Medal, NCO Professional Development Ribbon, Army Service Ribbon, the Army Reserve Components Overseas Training Ribbon with numeral 3, Expert Infantryman Badge, Master Parachutist Badge, Special Forces Tab and British Parachute Wings. He was also awarded the Commander's Award for Civilian Service and the Superior Civilian Service Award for his tenure as a Department of Army Civilian Employee. Peter was a long time member of The Special Forces Association, where he was very active in planning the 11th SFG (USAR) reunions, as well as of The Old Guard Association (TOGA), where he served 2 terms as President. As the historian, he wrote articles for the organizational newsletter the“Pride”, on a quarterly basis. For his services in TOGA,he was named a Distinguished Member of the Regiment (DMOR.) Peter leaves his loving wife, Dr. Lorraine McDermott, and his faithful herding dog, Echo. Peter also leaves his brother, Thomas McDermott, his wife, Judith, and their daughter, Alexis. He also had a daughter from a previous marriage. The couple showed an interest in dogs and horses over the years. Peter's passion for Civil War and World History continued until his death.

Peter McDermott was born in Astoria, Long Island, NY on October 5, 1940. He enlisted in the Army on 8 July, 1959 and after completing Initial Entry Training with the 2D infantry division, Fort Benning, Ga., was assigned to Mortar battery... View Obituary & Service Information

The service livestream will begin at 6:30 pm.

Send flowers to the McDermott family.