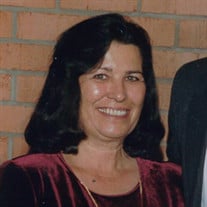 Not sure what to send?

Patricia Margaret (Kane) Berk died at the age of 74 at her home in Annapolis, Maryland on Monday, January 17, 2022, after a 4.5-month battle with esophageal cancer. Patricia was born on August 26, 1947 in Baltimore, Maryland to Lillian Genevieve (Bowler) Kane and William Martin Kane. Patricia is survived by her husband of more than 54 years, Richard Charles Berk of Annapolis, Maryland, her daughter Dawn Michele Berk and granddaughter Charlotte Reese Berk-Lofts of Newark, Delaware, and her son Kevin Richard Berk and his wife Rebecca Leigh Berk of Woodbine, Maryland. She was preceded in death by both of her parents and her brother, William Martin Kane, Jr. Patricia graduated from Kenwood High School in 1965. She married Richard, an electronics technician for Bendix Government Systems, on June 3, 1967 at Mt. Carmel Church in Essex, Maryland. After moving from Baltimore to Annapolis, Patricia spent her time as a devoted wife and mother, raising Dawn and Kevin. She later worked as a bookkeeper at Apet and Money Mailer. In 2006, she began working for Anne Arundel County Library as a public service assistant. She retired in 2012 at age 64. Patricia and Richard traveled extensively, visiting almost every national state park. She enjoyed playing games, cooking, and baking family recipes. She was especially known for her delicious zucchini bread, lasagna, Taylor cake, and chocolate Easter eggs. She enjoyed Yankee candles, the occasional Amaretto or white Russian cocktail, and dancing to the Electric Slide. She excelled at organization and at keeping track of… everything. Literally everything. Things that might have seemed mundane or trivial, such as receipts for an old refrigerator or childhood prescriptions, but when added up together could tell the stories of a lifetime. She loved holidays and traditions and stuck to them every year. But more than anything, Patricia enjoyed spending time with her family and many friends, telling stories and laughing. Family and friends will remember Patricia as someone who loved to laugh and always had many stories to share (sometimes repeatedly)! A Celebration of Life is scheduled for Saturday, May 21 at Lasting Tributes located at 814 Bestgate Road in Annapolis, MD 21401, with a reception to follow. All are welcome to attend and celebrate Patricia’s life. In lieu of flowers, please send donations to The Esophageal Cancer Action Network (https://ecan.org/give-the-gift-of-hope/). “Of this be sure: You do not find the happy life. You make it.” – Camilla Eyring Kimball

Patricia Margaret (Kane) Berk died at the age of 74 at her home in Annapolis, Maryland on Monday, January 17, 2022, after a 4.5-month battle with esophageal cancer. Patricia was born on August 26, 1947 in Baltimore, Maryland to Lillian Genevieve... View Obituary & Service Information

The family of Patricia Margaret Berk created this Life Tributes page to make it easy to share your memories.

Patricia Margaret (Kane) Berk died at the age of 74 at her home...