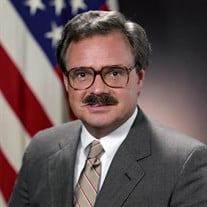 Michael Willis Owen passed away on Aug. 4 after a brief battle with cancer. Mike was born on Sept. 2, 1951 in Annapolis. After graduating from Annapolis Senior High School in 1969 and Towson State College in 1973, he joined the staff of Congresswoman Marjorie S. Holt. He worked for Mrs. Holt for nearly her entire tenure, serving as her top political aide and chief of staff for many years. From 1985 to 1994, Mike worked in the Reagan, G.H.W. Bush, and Clinton administrations as a principal deputy assistant secretary in the Department of the Army. Mike was actively involved in the establishment of the Department of Defense’s Base Realignment and Closure initiative and also developed a program to safely dispose of the country’s chemical and nuclear weapons stockpiles. Throughout the latter half of the ‘90s, Mike lobbied on behalf of various environmental concerns. In 2001, he joined the G.W. Bush administration as a director in the Department of Energy, where he continued to remediate the environmental legacy of the nuclear weapons program. Although Mike’s career took him around the globe, he never found a place that he loved as much as his hometown. After retiring in 2009, he worked as a tour guide in historic Annapolis and at the Naval Academy, and he hosted troops at the USO’s BWI location. Mike was an avid student of American political history, and he enjoyed reading obituaries, including this one, which he wrote. He was a dedicated fan of the Baltimore Orioles, Colts, and Ravens. Mike is survived by his beloved wife of almost 45 years, Anne Bucher Owen; sons Andrew Owen and Thomas Owen; daughter Julia Owen Rogers; son-in-law Tyler Rogers; granddaughter Virginia Rogers; and brother Ed Owen. Mike was a friend to all who knew him – including Democrats and Washington Redskins fans – and was referred to affectionately as “The General,” an ode to his commanding and colorful presence. Every person who met Mike described him as a “true character.” There will never be another quite like him. A memorial service will take place at Eastport United Methodist Church in Annapolis on Aug. 14 at 3 p.m. In lieu of flowers, donations may be given to Hospice of the Chesapeake.

Michael Willis Owen passed away on Aug. 4 after a brief battle with cancer. Mike was born on Sept. 2, 1951 in Annapolis. After graduating from Annapolis Senior High School in 1969 and Towson State College in 1973, he joined the staff of Congresswoman... View Obituary & Service Information

The family of Michael Willis Owen created this Life Tributes page to make it easy to share your memories.

Michael Willis Owen passed away on Aug. 4 after a brief battle...

Send flowers to the Owen family.