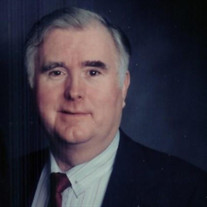 Michael Gerard Joseph Bunnemeyer, MD, MPH, 91, of Arnold, MD, passed away peacefully on Monday, May 24, at Crofton Care and Rehabilitation Center, Crofton, MD, after a brief period of declining health. Michael was born on January 20, 1930, in Boskoop, the Netherlands, the son of Marjory Mary Scanlan, MD, and Hendrik August Bernard Bunnemeyer. His father was an educator and botanist who spent several years in Sumatra, collecting plant specimens for the Dutch government. Several species of plants are named for him. His mother was an ophthalmologist, educated at the University of Glasgow. His grandfather, Joseph Scanlan, was a prominent surgeon in Glasgow, Scotland. His uncle, James Donald Scanlan, was Roman Catholic Archbishop of Glasgow. Michael lived through the German Occupation of Holland during WWII and after the war, emigrated to Canada. He was a graduate of McGill University, Montreal. He studied medicine at St. Bart’s College of London University, London, England, and the University of Leiden, the Netherlands, where he obtained his medical degree. He also held the degree of Masters of Public Health from Johns Hopkins University. He was a man of many interests, an avid sailor, and life-long learner, remaining especially interested in science, and particularly, biochemistry, throughout his long life. He had a private medical practice in Princeton, NJ for fifteen years. Subsequently, the family relocated to Annapolis, where he held medical positions with Westinghouse Corporation, the Naval Research Center, and Fort Meade. He was a member of St. Mary’s Roman Catholic Church. He was predeceased by his second wife, Nancy Timer Bunnemeyer, and his only sibling, Ethna Elisabeth Bunnemeyer, of South Ascot, England. He is survived by his three children; Michelle A. Bunnemeyer, Esq., and husband, Peter E. Grulke, of Exeter, NH; Erica M. Lanio, and her husband, Juergen Lanio, of Limburg, Germany; and Patrick J. Bunnemeyer, of St. Luis Obispo, CA. He is also survived by his granddaughter, Lydia Bunnemeyer Grulke, of Exeter, NH. and his former wife and devoted friend, Betty Ann (Leary) Luthringer. Arrangements are by Lasting Tributes Funeral Care. There are no calling hours. A graveside service will be held at a future time, at the convenience of the family. Memorial contributions in Michael’s name can be made to Meals on Wheels of Central Maryland, Inc., 515 S. Haven St., Baltimore, MD 21224. Michael’s family wishes to express its deep appreciation to the staff of Crofton Care and Rehabilitation Center for their compassionate care in his final few weeks in life, with special thanks to the staff of Station Two. “Home is the sailor, home from the sea, And the hunter home from the hill.” ---Robert Louis Stevenson

Michael Gerard Joseph Bunnemeyer, MD, MPH, 91, of Arnold, MD, passed away peacefully on Monday, May 24, at Crofton Care and Rehabilitation Center, Crofton, MD, after a brief period of declining health. Michael was born on January 20, 1930, in... View Obituary & Service Information

The family of Michael Gerard Joseph Bunnemeyer, MD, MPH created this Life Tributes page to make it easy to share your memories.

Send flowers to the Bunnemeyer, family.