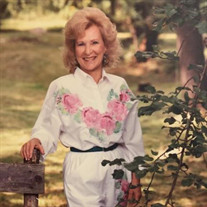 Mary Theresa Wakefield passed away peacefully from natural causes at the age of 92 in Annapolis, Maryland on September 10, 2021. Mary was born September 26, 1928, to William and Marie Virgin in Concord, New Hampshire. Mary grew up in Concord, NH. She had an older brother Wallace, and and a younger sister Barbara. Mary spent her youth growing up in Concord New Hampshire. Her family spent time visiting their mother's relatives in Canada. Her father was an accomplished carpenter and built their home in Concord as well as a camp house on Diamond Lake in Warner, New Hampshire. Mary and her family spent their summers at "the camp" and it was a gathering place for extended family vacations during many summers. Mary's immediate family were all musicians and spent many weekends playing music and dancing. Mary was a very accomplished pianist, and graduated from Concord High School in 1946. She remained an active participant in the Class of 1946 Concord High School reunions throughout her life. In January 3, 1949, Mary enlisted in the United States Navy, left New Hampshire, and began her lifelong journey. Mary served her country during the Korean War. She was eventually stationed at the Pentagon were she met her future husband, Robert (Bob) C. Wakefield, who was also serving in the United States Navy. He served on a destroyer in the Pacific during World War II. Mary and Bob were married on February 24, 1951. When Mary discharged from the Navy, she focused on raising her four sons. Mary was fearless and continued to believe their was nothing she could not attain. Mary's early married life followed the path of her husband's Navy career. During the early 1950s the couple was stationed in Guantanamo Bay Cuba, followed by a tour at the United States Embassy in Copenhagen, Denmark. Upon return from Denmark, the family settled in Alexandria, Virginia. While in Alexandria, Virginia, Mary was a Cub Scout Den Mother, school bus driver, and teacher's aide for special education students. In 1975, the family relocated to Amherst, New Hampshire. While in New Hampshire, Mary pursued higher education, and in 1983, attained a Bachelor Degree from the University System of New Hampshire. During her time in Amherst, she became a trustee for the Amherst Public Library. In February, 1985, her husband Bob passed. She became active in the ballroom dancing community. Mary and her ball room dancing partner became very renowned in the New England region, where they won numerous competitive awards. Mary was also a world traveler, and wanted to enjoy the many splendors our world had to offer. Mary's favorite travel companion was her sister Barbara. One of their most memorable trips was a visit they shared to Ireland. The two sisters often spent time together traveling through New Hampshire's White Mountains. Mary also made a cross country Winnebago trip with her cousin Warren, that was one of the highlights of her life. In 2017, Mary relocated to Annapolis, Maryland. Mary was preceded in death by her husband Bob Wakefield, her brother Wallace Vernon, and her first son Robert Wakefield. She is survived by her loving sister Barbara Stickell of Alexandria, Va, sons Steven, of Crofton, MD, Gary, of Avon Ohio, and David of Atlanta, Ga, her nephew Dale, and nieces Sharon and Donna Stickell. She is also survived by her Daughter-in-Law Susan Wakefield of Arnold, Maryland as well as five grandchildren and six great grandchildren. Mary lived a full life.

Mary Theresa Wakefield passed away peacefully from natural causes at the age of 92 in Annapolis, Maryland on September 10, 2021. Mary was born September 26, 1928, to William and Marie Virgin in Concord, New Hampshire. Mary grew up in Concord,... View Obituary & Service Information

The family of Mary Theresa Wakefield created this Life Tributes page to make it easy to share your memories.

Send flowers to the Wakefield family.