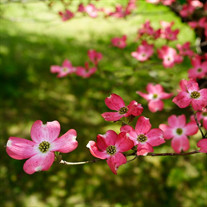 Marguerite (affectionately known as “LuLu”) was the daughter of Rosemary Brooks and the late George Albert Brooks. She was the youngest of 5 girls- Sherry Brooks-Medley, the late Gloria Brooks, Joyce Brooks and Betty Brooks-Dorsey. Marguerite leaves to cherish her memories, a loving husband, Lorenzo Underdue, 3 sons- Reginald Colbert, Devin Colbert and Kobe Pinkard; and a special grand-doggy- Zoey Elizabeth Colbert, all of whom she loved dearly. She was preceded in death by her grandparents, Columbus and Elizabeth Brooks and Rose Brown whom she adored. Marguerite was born on Christmas Day in Annapolis, MD where she attended Parole Elementary School and graduated from Annapolis Senior High School class of 1984. She continued her education by obtaining an Associate’s Degree from Anne Arundel Community College in 2000 and then obtained her Bachelor’s Degree in Business/ Accounting from University of Baltimore in 2007. Marguerite worked at various organizations, including BWI Airport, Pennysaver, Nexus Communications and last at University of MD, Dental School as a Senior Accountant. Marguerite attended the following ministries: Fowler United Methodist Church (late Rev. Lawrence E. Sherman), Calvert Fellowship (late Rev. Jeffrey Smith), Light of the World Family Ministries (the late Frank Menendez and Pastor Sheryl Menendez) and Evangel Cathedral (Pastor Don Meares). Marguerite was married to the love of her life on Dec. 15th, 2016. She loved spending time with her family, laughing, gardening, singing to the top of her lungs, flying kites, painting and most of all, writing! Marguerite spent many nights working on writing a book. She has many journals around with different chapters written in her very distinctive handwriting. She was an artist in her own right! She also enjoyed home decorations and had a wide collection of decorative pillows. Marguerite was a hard-working, no nonsense, energetic, single mom! She worked full time while being able to obtain her AA and BA all the while coming home to fix spaghetti or sloppy joes for her boys… then staying up to check the boys’ homework! Anyone who knew Marguerite knew that she didn’t have a problem with speaking her mind and putting you in your place if needed. Above everything else, her favorite pastime was cuddling with her husband, who she affectionately called “Bunny”. She leaves behind: Two brother-in-laws, Eric Dorsey and William Underdue Jr.; two sister-in-laws, Leslie Underdue and Patricia Spruill, a mother-in-law, Mandy Underdue, one uncle- Daniel Galloway, ten aunts, Marguerite Ireland (whom she is named after), Martha Brooks, Mary Brooks, Geraldine Collins, Fanny Galloway, Denise Timmons-Collins, Barbara-Ann Eldridge, Evelyn Galloway, Patricia Medley and Rosie Graves. Two nieces, Jameca Brooks and Joy Medley. Five nephews- Raymond Medley Jr., John Medley, Eric Dorsey, Joshua Medley and Destin Dorsey. Several life-long and close friends- Shelia Forrester, Aristene Perry, Connie Taylor, Wilton and Yolanda Brown, Robert Covington and Valerie Lawrence. She also leaves behind a host of family, close friends and god-children.

Marguerite (affectionately known as &#8220;LuLu&#8221;) was the daughter of Rosemary Brooks and the late George Albert Brooks. She was the youngest of 5 girls- Sherry Brooks-Medley, the late Gloria Brooks, Joyce Brooks and Betty Brooks-Dorsey.... View Obituary & Service Information

The family of Marguerite Christy Underdue created this Life Tributes page to make it easy to share your memories.

Marguerite (affectionately known as “LuLu”) was the daughter...

Send flowers to the Underdue family.