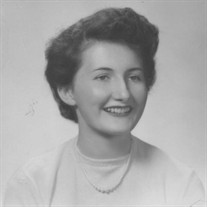 Kathleen (“Kay”) Rita Shea Kennedy, beloved wife of William E. Kennedy, died peacefully on December 29, 2021 with family by her side in Severna Park, MD. Kay was born on January 5, 1935 in Arlington, Massachusetts to architect John Henry Shea and his wife Katherine Dorothy Shea (nee Kelly). While studying nursing at Mass General, Kay met William Kennedy. They married in 1956. She and Bill, a salesman for GE & Phillips, relocated to six different states from Connecticut to California through the years– with their children’s births spread over four of those states. One of Kay’s most endearing qualities was her sense of humor – which was tested often while raising their six children. Kay was employed as an administrative assistant at Meadows Recovery Center in Gambrills, Maryland & worked as a model home hostess for homebuilder Gary Koch. In her spare time, she loved reading, listening to music, creating beautiful oil paintings & vacationing with her family & friends at beaches throughout the US. Her children have indelible memories of her reading the Washington Post or New Yorker while listening to classical music (Vivaldi, in particular). Kay lived her life true to the Catholic faith. She enjoyed singing in her parish choirs & volunteering for the St Vincent DePaul Society. Kay had a calm and levelheaded spirit that helped many get through difficult times. Her family was her biggest passion. She is survived by her six children, ten grandchildren & three great grandchildren: William (Vicki) Kennedy of Indianapolis, Indiana, grandsons Neal & Brendan (Carlie) Kennedy and great grandson Anthony, Michael Kennedy of Severna Park; Ann (Brian) Macknovitz of Severna Park & grandchildren Ted Macknovitz & Krista (Davey) Jones and great grandsons Jack & Bennett; Edward (Clare) Kennedy of Southport, NC & grandchildren Christopher & Colleen Kennedy; Thomas (Deborah) Kennedy of Annapolis & grandson Shea Kennedy; and Brendan (Neely) Kennedy of Stevensville & grandchildren Bill, Kitty & Ren Kennedy. She is preceded in death by her husband William and her siblings, Jack Shea, Paul Shea, Mary Mitchell, Frances Dignan and Josephine Mason. A Mass of Christian Burial will be held at St. John Neumann Church in Annapolis, MD with a burial to follow at Maryland Veterans Cemetery in Crownsville. In lieu of flowers, donations may be given to the Cure Alzheimer’s Fund (curealz.org) or Hospice of the Chesapeake (www.hospicechesapeake.org).

The family of Kathleen S. Kennedy created this Life Tributes page to make it easy to share your memories.

Send flowers to the Kennedy family.