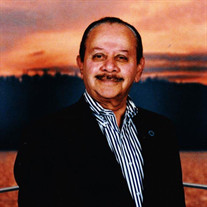 Kuppuswami Srinivasan, also known as &#8220;Ken&#8221; by his American friends and &#8220;Bali&#8221; by his family in India, died on Saturday, March 7 from complications after hip surgery. Ken was one of 13 children born to R.S. Kuppuswami... View Obituary & Service Information

The family of K. S. "Ken" Vasan created this Life Tributes page to make it easy to share your memories.

Kuppuswami Srinivasan, also known as “Ken” by his American friends...

Send flowers to the Vasan family.