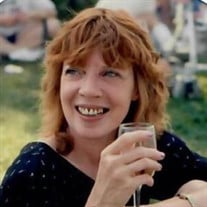 On March 2, 2021, Judith A. Krouse died in Annapolis, Maryland after a long illness. She was 76 years old. Judy is survived by her husband of 58 years, James N. Krouse; her son James “Vince” Krouse and his wife, Colleen M. Krouse; her two grandschildren, Salem J. Krouse and Evan J. Krouse; her sister Gloria “Jeanne” Rennie and her husband William Rennie; her sister Sandra Lebos; and numerous nieces and nephews. She was predeceased by her son Bryan A. Krouse and her mother Rita “Ruby” McCauley. Judy was born on April 5, 1944 in Baltimore, Maryland. She met her husband Jim while attending Mervo High School in Baltimore, and married him on April 13, 1963 after graduating. Over their careers, Judy and her husband lived and worked in Maryland, Indiana and Florida. Judy loved the warm weather and sunshine of Florida but moved back to Maryland after retiring from Naples Hospital to be closer to her surviving son and his family. Judy spent her career working in the health care field. Her most memorable and loved job was her 25 years as the Public Affairs Director at University of Maryland Shock Trauma. Judy worked closely with Dr. R. Adam Cowley in the early years of his establishment of Shock Trauma and the “Golden Hour” of trauma care. She was responsible for writing the Shock Trauma newsletter, helping to write the forward of Dr. Cowley’s Shock Trauma book, fielding inquires from the local news anchors and reporters regarding patients and events at Shock Trauma, and giving “Scared Straight” tours to teens, reporters, and celebrities. She would often tell the story of giving a tour to Oprah Winfrey when she was still a local news anchor in Baltimore. Judy would laugh saying that the thing she remembered the most about giving Oprah a tour of the trauma center was Oprah arriving in bright rubber flip flops. Judy would often be on the rooftop heliport to meet the helicopters as they arrived with a trauma patient, many times with a local news reporter by her side. She would warn them to remove loose items, such as hats or sunglasses, before the helicopters arrival or risk losing them. She would chuckle at all those who didn’t heed her warning and just smiled as their accessories went flying off the rooftop when the chopper arrived. Judy was justifiably proud of her work with Dr. Cowley and Shock Trauma. She also worked for child psychology, Maryland Department of Health and Mental Hygiene, an independent small town doctor in Indiana, and Naples Hospital in Florida over her long career. Judy was an animal lover, had many loved dogs over her lifetime, loved feeding wildlife, working in her garden, reading, having sleepovers with her grandchildren, planning the holidays, and the warm sunshine in spring and summer. Salem and Evan remember their grandmom always reading to them, playing fun games, hanging out at the Herald Harbor House, and teaching them manners at the dinner table. For those who knew Judy personally, knew she was a small but fierce redhead. She was someone who was passionate about what she believed in and wasn’t afraid to fight for what was right, and someone you wanted on your side. Judy was a generous person willing to share whatever she had with others. She took many young people into her home over her lifetime, helping them in their time of need and guide them into adulthood. A celebration of life will be planned for a later date. In lieu of flowers you can make a donation to the SPCA of Anne Arundel County, MD in Judy’s honor.

The family of Judith Ann Krouse created this Life Tributes page to make it easy to share your memories.

Send flowers to the Krouse family.