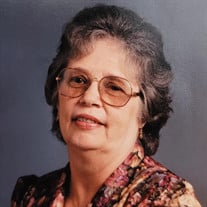 Joyce Mae Owens, age 81, of Arnold, Maryland passed away peacefully on February 10, 2022, from end stage kidney disease. Joyce was born on January 28, 1941, in Annapolis, Maryland to Emery and Ellen (Taylor) Owens. She was a 1959 graduate of Annapolis High School. She was an active member of Beta Sigma Phi Sorority after graduation, where she enjoyed many activities and volunteer work. After graduating, Joyce became a Claims Adjuster for Nationwide Insurance Company where she worked until her retirement. Joyce attended Eastport United Methodist Church for many years with her family. Her faith was important to her and her love for the Lord was exemplified in her actions and in the kindness she always showed to others. In 1981, Joyce underwent a kidney transplant that saved her life. Her sister Carol donated a kidney to her and despite a five-year age difference, the sisters had a match usually only seen in identical twins. Joyce also enjoyed traveling, visiting with friends and neighbors, watching football, rooting for the Baltimore Ravens, and had a deep love for reading. Her greatest joy was her family, and her home was often filled with loved ones and friends. She greatly enjoyed spending time with her nephew and niece as they were growing up and later, her great niece and great nephews. In addition to her parents, Joyce was proceeded in death by her younger sister, Doris Lee Owens. She is survived by her sister Carol (James) Bassford, nephew Charles (Sheila) Lewis, niece Rebecca Crane, a great niece, two great nephews, and several loving cousins and friends.

Joyce Mae Owens, age 81, of Arnold, Maryland passed away peacefully on February 10, 2022, from end stage kidney disease. Joyce was born on January 28, 1941, in Annapolis, Maryland to Emery and Ellen (Taylor) Owens. She was a 1959 graduate of... View Obituary & Service Information

The family of Joyce Mae Owens created this Life Tributes page to make it easy to share your memories.

Send flowers to the Owens family.