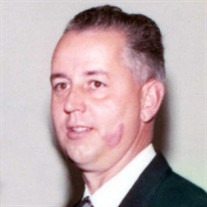 Joseph Matthew Wilmer, 95, of Annapolis, died peacefully at home on August 29, 2020, with family at his side in his favorite recliner just as he had desired. Born in Washington D.C. on November 20, 1924 during a severe snowstorm, to Matthew John Wilmer and Ann Christina Knowles Wilmer at the old Sibley Hospital. He graduated and kept in touch with his classmates from Mt. Rainier High School Class of 1941. He worked with his father, Matthew, in construction from the age of 14 building homes, before entering the US Navy during World War II. Joseph served as a radioman in the first amphibious force created, in the LCI fleet from March 1943 to November 1945. After discharge he opened a small radio and television repair shop in Edgewater. After only a short time it burned to the ground. There was no close fire department. This inspired Joseph to get with his friends and together they founded the Woodland Beach Volunteer Fire Department in 1946. Joseph is the last of the original founders. On April 23, 1949, he married Dolores Lucille Rice and continued rebuilding his business, Wilmer Communication Inc., on Mayo Road. The business blossomed from simple television and radio repair to becoming a National Motorola service facility, providing service of two-way radio equipment for police, fire, general government and commercial accounts for 70 years. Joseph and Dolores had one child, Diane, but the stress of rapid success took it’s toll and Joseph and Dolores divorced. On October 15, 1966, Joseph remarried to Frances C. Legg, his soulmate, and they continued to build and run the business until their retirement in 2010. Joseph and Frances saw his business reach heights he never dreamed of, enabling them to travel the world. Both Joseph and Frances were very generous to many friends and family, hospitals, schools, churches, and other charitable organizations. Joseph was a past member of Annapolis Yacht Club, Life member of U.S. Navy League, member of Annapolis Chapter Fleet Reserve and life member of Veterans of Foreign Wars Post 304, Annapolis. Member of American Legion Post 0007, and past President of Eastport Volunteer Fire Department. Along with traveling they loved spending time with family and friends. Joseph is survived by his daughter Diane Wilmer Bynum, granddaughter Michele Bynum Mendez and her husband Edmund L. Mendez, great-grandsons Daniel Alessandro Mateo Contreras, Tiyanih Waya Mendez and great-granddaughter Irene Mendez. Interment will be private. Memorial contributions may be made to Woodland Beach Volunteer Fire Department at 529 Londontown Road, Edgewater MD, 21037.

Joseph Matthew Wilmer, 95, of Annapolis, died peacefully at home on August 29, 2020, with family at his side in his favorite recliner just as he had desired. Born in Washington D.C. on November 20, 1924 during a severe snowstorm, to Matthew... View Obituary & Service Information

The family of Joeseph Matthew Wilmer created this Life Tributes page to make it easy to share your memories.

Send flowers to the Wilmer family.