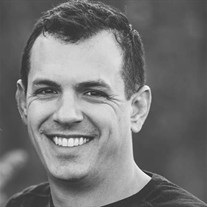 Jeﬀ was born and raised in Vernon, New Jersey. Son of Robert and Michele Marquard and brother to Justine Marquard. Jeﬀ was adventurous from an early age, spending many hours ﬁshing, riding bikes, and exploring the outdoors. He played football beginning in ﬁrst grade and was an avid wrestler, dedicating time on the mat from the age of 9. He spent many summers in Point Pleasant, New Jersey with family and friends. The friends he grew up with have provided lasting friendships till this day. He enlisted in the Coast Guard in February 2004 at the age of 18 and served his ﬁrst sea tour as a ﬁreman onboard USCGC TAHOMA, home-ported in Portsmouth, NH. He found his calling as a Damage Controlman, graduating from DC “A” school in October 2005 and moved to Humboldt Bay, CA for his ﬁrst rated assignment. After advancing to DC2, he took orders to the USCGC JARVIS in Honolulu, HI. He soon advanced to DC1, where he remained in Honolulu to work at Base Honolulu in the plumbing and carpentry branch. He took orders back to sea in 2019 aboard USCGC JUNIPER out of Newport, RI. Here he earned the cherished Permanent Cutterman’s Insignia and advanced to Chief Petty Oﬃcer. DCC Marquard’s ﬁnal unit was at the Surface Forces Logistics Center in Baltimore, MD where he served in the Damage Control/Lifesaving Equipment Section of the Engineering Services Division. He diligently protected the safety of service members serving in the surface ﬂeet by managing damage control maintenance policies and logistics for critical shipboard equipment. He received the Coast Guard Commendation Medal, three Coast Guard Achievement Medals, six Commandant’s Letters of Commendation and a Humanitarian Service Medal. Shipmates universally describe Chief Marquard as the type of friend who would come to your side to help, no matter the time of day or night. Stories of generosity and friendship abound. Jeﬀ met his wife Tara in 2009 in Honolulu. They married in 2013 and have two sons. Louis (4) and Hank (2.5) Those lucky enough to know Jeﬀ had a friend for life. He was a dearly loved and celebrated man of strength and character. Honest, friendly, kind, and welcoming, he never hesitated to go out of his way for a friend or stranger. His smile radiated light and goodness. The legacy he leaves is a testament to his kindness he shared to whomever he met.

Je&#64256; was born and raised in Vernon, New Jersey. Son of Robert and Michele Marquard and brother to Justine Marquard. Je&#64256; was adventurous from an early age, spending many hours &#64257;shing, riding bikes, and exploring the outdoors.... View Obituary & Service Information

The family of Jeffrey William Marquard created this Life Tributes page to make it easy to share your memories.

Jeﬀ was born and raised in Vernon, New Jersey. Son of Robert...

Send flowers to the Marquard family.