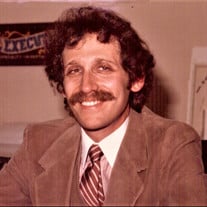 Jeffrey Hugh Koenig, a lifelong lover of laughter and adamant believer in the value of relationships, both personal and professional, died November 27, 2021, at his home in Gambrills, Maryland. Jeff is survived by his wife, Diane Pierce Koenig; son Ross Koenig and daughter-in-law Tina Koenig; sister Karen Koenig Blose and brother-in-law Jay Blose; and sister-in-law Patricia Yeager and her husband Kent Yeager. Jeff was born September 20, 1950, in Lancaster, Pennsylvania, to Newton Koenig and Bella Kass Koenig. He attended high school in Poughkeepsie, New York, where he was an academic and debate team standout. He graduated from Johns Hopkins University in 1972 with a Bachelor of Arts degree in social and behavioral sciences with a concentration in urban geography and statistics. Although his pre-med ambitions ended with his introductory chemistry course (as he would often relate humorously), his experiences at Hopkins, both as a brother in the Phi Epsilon Pi fraternity and as a ‘die-hard’ fan of Blue Jay lacrosse, were highlights of his life. Following graduation, Jeff began his professional career in the Planning Department of Calhoun County, Michigan, where he initiated its economic development plan. While there, he volunteered to revitalize the public access television planning program, rebranding it “Plandemonium” and serving as its host. He then became Director of Economic Development. In this role, he traveled often with local dignitaries to Japan and other countries, successfully luring businesses to the area. In 1978, he accepted the position of Director of Economic Development for Anne Arundel County, where he completed several trips to foster relationships with companies throughout Japan and Europe. He stated he preferred people to view him as “an investment broker who sells stock in Anne Arundel County.” Jeff then moved into commercial real estate development, working several years for Merritt Properties during the early days of the company’s operations. Jeff then finished his professional career at his alma mater, Johns Hopkins University, where for 22 years he coordinated a wide range of real estate initiatives as the university grew its footprint within the city of Baltimore and other areas where the University opened additional campuses. After years of tireless service, he happily retired in 2017, though he never tired of reminiscing about the deals and people he met along the way. Throughout his career, he was an active member and presenter at the professional organizations of SIOR (Society of Industrial and Office Realtors), NAIOP (Commercial Real Estate Development Association), and AUREO (Association of University Real Estate Officials). Jeff and Diane met in Battle Creek, Michigan, where they were married in 1977. Their son Ross was born at Johns Hopkins Hospital in Maryland. (And Jeff was big brother to younger sister, Karen, her entire life.) We were so fortunate to have known Jeff. A devoted husband, proud father, supportive brother, hilarious golf buddy, and enduring friend and colleague to many. Jeff will be remembered for his sense of humor – he would find levity in any situation to the delight of all that surrounded him, regularly quoting his comedic idols that included, but were certainly not limited to, Groucho Marx and Johnny Carson. Jeff was a passionate sports fan. Jeff faithfully cheered on his beloved Johns Hopkins Blue Jays lacrosse team from “his midfield seats” at Homewood field every Saturday for decades. Jeff was also an avid supporter of all sports at Northwestern University [his son’s alma mater] and rabid fan of Duke Basketball, which he shared with his sister. An early adopter of fantasy sports, his love for baseball and football was enriched by his love of the statistics that the games produced. Most importantly, he enjoyed the comradery that stemmed from being in leagues with his friends. Jeff was an avid music lover. He took great pride in his extensive vinyl and (eventually) CD collection as well as his impressive record of live concert attendance. He’d often recall the joy of attending more than 15 Bruce Springsteen concerts (several with his sister Karen), in addition to 2 or 3 “farewell” tours “each” of rock and roll legends such as The Who, the Pretenders, and the Rolling Stones. Jeff also enjoyed live theater and was a regular audience member of both musical and drama productions. A memorial service for Jeff will be held at Lasting Tributes, 814 Bestgate Road, Annapolis, Maryland, on Saturday, December 18. Visitation will begin at 1:30, followed by an informal service at 3:00 during which we ask friends and family to share their favorite stories about Jeff. While Jeff has left this life, we recall one of his favorite sayings with a smile: “Wherever you go . . . there you are.” Memorial gifts may be directed as follows: Online: https://secure.jhu.edu/form/hematol For gift designation: click “Other” in drop down menu and enter Dr. Michael Streiff & Claire Logue, RN Then at SIGN IN, click GUEST – Click the option “In memory of” and note Jeff Koenig ********* Checks: Written to JHU, noting “In memory of Jeff Koenig/Dr. Streiff & Claire Logue, RN” Address: Anne Kennan Taylor Fund for Johns Hopkins Medicine Department of Medicine, Johns Hopkins University and Medicine Attn: Department of Medicine/Hematology-Dr. Mike Streiff & Claire Logue, RN PO Box 49143 Baltimore, MD 21297-9143

Jeffrey Hugh Koenig, a lifelong lover of laughter and adamant believer in the value of relationships, both personal and professional, died November 27, 2021, at his home in Gambrills, Maryland. Jeff is survived by his wife, Diane Pierce Koenig;... View Obituary & Service Information

The family of Jeffrey Hugh Koenig created this Life Tributes page to make it easy to share your memories.

Jeffrey Hugh Koenig, a lifelong lover of laughter and adamant...

Send flowers to the Koenig family.