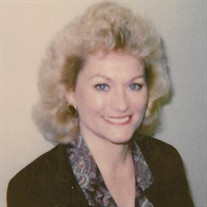 Janet Frances Green, 75, died on March 3, 2019. Born January 23, 1944 she was the 2nd of 5 daughters of the late Herman and Charlotte Settlemyre of Huntington IN. She graduated Salutatorian from Huntington Cathlolic High and Magna cum Laude from Holy Cross Nursing in South Bend IN. Janet later earned her BSN, Certified Financial Planner and Chartered Financial Consultant designations. Janet worked at Anne Arundel Medical Center for many years as an RN and Critical Care Instructor. In 1987 She joined MetLife as a Financial Planner and was a founding member of the MetLife Annapolis Financial Planning Group, appeared weekly on "Financial Fitness" TV program and wrote monthly columns "Focus on Finance" for community newsletters. She was a guest speaker at numerous clubs and seminars. Janet lived in Bad Aibling, Germany for 3 years, travelling extensively through Europe and developing a life long love of travel. In addition, her interest were tennis, snow & water skiing, boating, gardening, theater, shopping and time with friends and family. She was active in many clubs, organizations and charities. In addition to her parents, she was pre-deceased by her beloved sister, Marty. She is survived by her much loved husband, Eugene Zeiser, and the lights of her life--her sons David of Berkeley, CA and Mike of Allegany, OR, daughter in law Melissa and Grandson Jake. She is also survived by sisters Anne Hemmer, Davidson MD, Monet Blackburn, Huntington IN and Vivian Hufford, Ft. Wayne IN, her nephews David Zetland, Eric Hemmer, Matt Blackburn, Chris, Jarod and Jason Hufford and niece Erin Wiley. She was formerly married to the late Jim Green of Alva, FL. In lieu of flowers, donations may be made to Janet's favorite charity, Smile Train at PO Box 96231, Washington, D.C. 20090-6231

The family of Mrs. Janet Frances Green created this Life Tributes page to make it easy to share your memories.

Send flowers to the Green family.