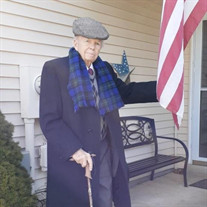 Ferguson, James T. Sr., "Jim" of Heritage Harbour, died on Monday, June 7, 2021, he was 89. Born in Cambridge, MA, Jim was raised in Troy, NY by his mother Margaret and stepfather Fred Nussbaum. Jim was an Eagle Scout, he graduated in 1953 from Rensselaer Polytechnic Institute with a degree in biology, was a member of Chi Phi Fraternity, and was commissioned in the US Army Chemical Corps in July of the same year. Jim married Doris Adams in 1954 and she pre-deceased him in 2003 after 49 years of marriage. In addition to his degree, Jim completed the US Army Basic and Advanced Chemical Officer courses, graduated from the Army Command and General Staff College in Leavenworth, KS and the Army War College in Carlisle, PA. He served on active duty in the US Army from 1953-1955 and retired from the reserves in 1984 with the rank of Colonel. Following the Army, Jim went on to start an independent consulting and technical marketing business in chemical and biological defense which he maintained for 32 years. Jim was a life member of the US Army Chemical Corps Regimental Association and recognized as a distinguished officer in 2008. He was a life member of the Military Officers Association of America, life member of the National Defense Industrial Association (NDIA), Chairman of the Chemical Operations Division of NDIA, Past President of the Baltimore Chemical Association, Vice President of the class of 1953 at Rensselaer as well as Past President of the Baltimore Chapter of the Rensselaer Alumni Association. A member of St. Margaret's Church for more than 40 years, Jim was a member of the vestry and Junior Warden over a period of 7 years. He was instrumental in the inception and design of the church's columbarium, and a major contributor to Clagget Episcopal Retreat Center. He enjoyed skiing, tennis, hiking, camping and sailing. Jim is survived by a daughter, Kerran Michaelson of Houston, TX; 3 sons: Richard F. of Annapolis, James T., Jr. of Spring, TX, and Donald Ferguson. He is also survived by 4 grandchildren, and 3 great-grandchildren. A visitation will be held on Thursday, June 10, 2021 from 6-8 pm at Lasting Tributes Funeral Care, 814 Bestgate Road, Annapolis, MD. Services will be held at St. Margaret's Church, 1601 Pleasant Plains Road, Annapolis, MD on Friday June 11, 2021 at 10 am. A military service with honors will be held in the church cemetery immediately following the service. In lieu of flowers memorial donations may be made to the Wounded Warrior Project (www.woundedwarriorproject.org) or the Anne Arundel County food bank (https://aafoodbank.org)

Ferguson, James T. Sr., "Jim" of Heritage Harbour, died on Monday, June 7, 2021, he was 89. Born in Cambridge, MA, Jim was raised in Troy, NY by his mother Margaret and stepfather Fred Nussbaum. Jim was an Eagle Scout, he graduated in 1953 from... View Obituary & Service Information

The family of James Trent Ferguson created this Life Tributes page to make it easy to share your memories.

Send flowers to the Ferguson family.