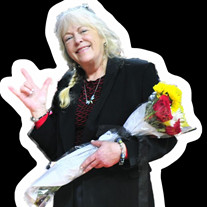 Jacqueline Arbuckle D’Alessio, PhD passed away in her home in Annapolis on September 16, 2021. She was a native New Yorker and a big sister at heart. Born in Brooklyn on April 7, 1960, to Walter and Joanne Arbuckle, she was the eldest of five girls, in a house filled with adventure and love. Jacqui was the quintessential big-sister to her sisters, cousins and all who came into her life. Jacqui was an endearing and ambitious woman who never backed down from a challenge. At the young age of four she was honored to perform as a baton twirler in the World’s Fair, which was held in New York City in 1964. This opportunity set the stage for her future, as Jacqui became an athlete and high achiever in the town of Bridgewater, N.J., where she spent her formative years. While at Bridgewater Raritan High School Jacqui participated in several varsity sports including softball, cross country, track and field hockey. Beyond sports, Jacqui was both a high academic achiever and student leader, having served as Student Council Vice President (as always serving as a role model for her younger siblings). Her hard work was rewarded through an early admissions acceptance and scholarship to Georgetown University. Shortly after graduating from Georgetown University with a Bachelors in Psychology and a minor in Biology, she married her high school sweetheart, Luke D’Alessio, whom she met while serving as the statistician for the high school basketball team. Luke became a part of the Arbuckle family early on, and there are many fond memories of the entire family watching him become one of the leading scorers on the team and later as a point guard at The Catholic University of America in Washington, D.C. Jacqui’s three children, Jacob, Elena and Alex D’Alessio, and her two grandchildren Monroe and Caden were her pride and joy. She loved her children deeply and instilled them with her love of fine cooking, reading and her academic knowledge as they grew into young adulthood. Her ability to impart practical techniques to problem solving was nothing less than extraordinary and she strove to support her children and many students and siblings through their academic careers. Jacqui obtained her Master’s degree in Applied/Experimental Psychology Human Factors and a Ph.D. in Applied/Experimental Psychology Cognitive Science from The Catholic University of America, where she also served as a Teacher’s Assistant and as the Assistant to the Dean of the School of Music, a position that nurtured her academic aspirations. She later received a certificate from Harvard University as part of an Executive Leadership in-residence program. Her work over the next decade was instrumental to the U.S. and the world. As a Senior Social Science Analyst for the U.S. Government Accountability Office, her research shaped Congressional policies on matters regarding blood safety and blood transfusion risk assessments, resulting in radical changes to donor programs implemented by the Food and Drug Administration. Two decades ago her research on the feasibility of supporting electric vehicle development with regard to the potential impacts on public safety and the environment altered the course of legislation in several states and helped bring forth support for this burgeoning technology. Based on her sentinel work on blood safety, Jacqui spent five years with the American Red Cross to develop the readiness and response protocols to weapons of mass destruction, including disaster aid, public education and preparedness, and multi-agency coordination. Jacqui held several positions at the Red Cross, including as Interim Executive for several U.S. regions, including Puerto Rico, where she developed blood manufacturing and compliance systems to ensure the safety of blood supplies. Her career at the Red Cross culminated when she became the Director of Corporate Government Relations within the National Headquarters, where she prepared and advised the President of the Red Cross for cabinet-level meetings and matters related to government affairs. She contributed significantly to the President’s official correspondence, helped to author pivotal speeches, and contributed to reports to the President of the United States, Congress, and Fortune 500 executives. After leaving the Red Cross, Jacqui returned to her roots, once again utilizing her talents to impart her wisdom on the young adults who sought to further their educations at the University of Maryland Univ. College, Anne Arundel Community College and Virginia Polytechnic Institute where she served as Adjunct Professor of Psychology and Associate Professor of Research. While Jacqui was a superstar in her career, her biggest accomplishment was in the love she offered to those she cared about. If you were a lost soul when you met her, she would make it her number one priority to help you through the healing process. She had a way of making you feel safe and loved. She would open her home to all in need and made friends and family alike feel at home in her surroundings. Without a doubt, Jacqui was a unique individual. She is likely the only person on earth who could (or would) instruct her nine-year-old son to fetch cicadas during the 2004 brood, cook them, season them, and bring them to a neighborhood party as hors d'oeuvres. Couple her charmingly peculiar personality, her marvelous cooking, and her inner glow — and you have an entire neighborhood of over 150 people eating cicadas. AND LIKING THEM. Jacqui D’Alessio was truly one of a kind. She was passionate in her gardening, her exotic cooking, her decorating and so much more. She was the official mother to three and unofficial mother to all in need. In lieu of flowers donations should be sent to the Harbour House residential center, where Jacqui spent her final years in a loving environment, helping to ensure the oversight of counseling services to individuals experiencing adversity, trauma, tragedy, threats or other significant sources of stress. Below is the link to donate. https://gofund.me/1606ebae

Jacqueline Arbuckle D&#8217;Alessio, PhD passed away in her home in Annapolis on September 16, 2021. She was a native New Yorker and a big sister at heart. Born in Brooklyn on April 7, 1960, to Walter and Joanne Arbuckle, she was the eldest... View Obituary & Service Information

The family of Jacqueline Arbuckle D'Alessio created this Life Tributes page to make it easy to share your memories.

Jacqueline Arbuckle D’Alessio, PhD passed away in her home in...

Send flowers to the D'Alessio family.