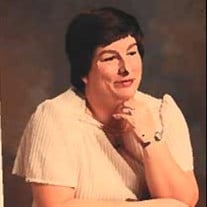 On Friday evening, July 24, 2020, Jacqueline Shreve Bohanan, who was dearly beloved by her husband James K. Bohanan III of 58 years and her two sons and her two daughters-in-law and her five grandchildren and by many friends passed from this life to the next to be with Our Lord. Her elder son is James Kezar IV Hayes-Bohanan, married to Pamela Annette, formerly of Catonsville. They reside in Bridgewater, Massachusetts. Their sole child is Harvey Kezar Hayes (22), currently of Chicago and married to Lia Call. Her younger son is Robert Keith Bohanan, married to Teresa Dillon Bohanan of Arnold and currently residing in Arnold. Their children (all of whom are single) are Brittainy Dillon (28), Christian Ryan (25), James Robert (23), and Taylor Laine (21). All four have the last name Bohanan. All nine were dearly loved and adored by their mother, mother-in-law, and grandmother, as was her husband. Parents of their loving daughter were Thomas Keith Shreve, formerly of Arlington, Virginia and Sarah Pearl Shreve (née Holcombe), formerly of Madison County, North Carolina. But the apple of her eye was her grandmother Lydia Banks Holcombe (formerly of Canton, North Carolina). Though Jackie was raised in Arlington and Herndon, Virginia she always considered the farm of her maternal grandparents in Caruso, near Canton, North Carolina as home, always and throughout her whole life. She was predeceased by two brothers, Thomas Keith Shreve, Jr. and his wife Barbara and Charles Bradley Shreve, his wife Alma and his wife Jeannie. Jackie and Jim considered Jeannie as a gift from God. Both brothers were U.S. Navy veterans. As an adult she lived in various places including Charlottesville and Nokesville, Virginia, Kansas City, Missouri, and Annapolis, but Haywood County North Carolina was always home. Through her sons and grandchildren she became an avid fan of young people’s sports, from preschool into college age. She loved to travel. Some of her favorite places were Denver, Niagara Falls Canada and USA, Nags Head and Cherokee North Carolina, Los Vegas, Williamsburg, New Orleans, Nashville, the cranberry bogs section of Massachusetts, New York City, and many places in between. A highlight was the Petrified Forest in Arizona. She had many friends that she treasured and stayed in touch with from high school to retirement. She loved her jobs at the headquarters of the Fellowship of Christian Athletes in Kansas City and MAIF here in Annapolis, where she retired with 27 years of service at the end of June 2013. She graduated from Herndon High School in 1962 and earned a certificate of LPN Nursing at Anne Arundel Community College in the 1980s. While in Kansas City, she attended night classes designed for pastor’s wives at the Midwestern Baptist Theological Seminary for three years. Though raised a Methodist, she joined the Oak Dale Baptist Church in Nokesville, Virginia. She served as the pastor’s wife at the Van Buren Street Baptist Church in Annapolis from July 1980 to February 1986. She spent a lifetime completing the raising and domesticating of her husband, which he appreciates very much. She had a full and happy life full of friendships and love.

On Friday evening, July 24, 2020, Jacqueline Shreve Bohanan, who was dearly beloved by her husband James K. Bohanan III of 58 years and her two sons and her two daughters-in-law and her five grandchildren and by many friends passed from this... View Obituary & Service Information

The family of Jacqueline Shreve Bohanan created this Life Tributes page to make it easy to share your memories.

Send flowers to the Bohanan family.