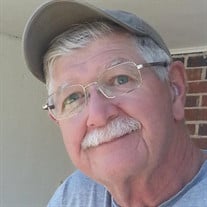 Gerald Andrew Rimsky, 76, of Annapolis passed from this life to be with our Lord on Wednesday, October 15, 2020 at Anne Arundel Medical Center. Born on March 31, 1944 in Pittsburgh, PA, Jerry was the son of the late Andrew and Emma Rimsky. A 1962 graduate of Duquesne High School, he attended the University of Pittsburgh graduating with a degree in Civil Engineering in 1966. While attending Pitt, Jerry met Lillian Dorsey of New Castle, PA while she was attending nursing school at Allegheny General Hospital. After graduating Jerry worked for a brief time in Chicago before moving back to Pittsburgh to work in the steel industry for Salem Corp. and later Bricmont, Inc. He married Lillian at Heinz Chapel in 1968 and lived in various places in Pittsburgh before purchasing a home in Bellevue. Jerry and Lillian celebrated the birth of their daughter, Andrea, in 1973 and she quickly became the apple of his eye. Jerry was very active in Andrea’s activities including being president of the Band Boosters association. Jerry remained a big Pitt fan taking Andrea to many local and away football games. After Lillian’s passing in 1998, Jerry found his next love and was married to Bette Kittel Hemmingway in 2000. In nearly 20 years of marriage, Jerry and Bette spent their golden years traveling extensively, taking 19 cruises and many other trips throughout Europe, Asia and the United States. One of their favorite places to be was in Marco Island, FL where they spent many winter months entertaining family and friends at the beach. Shortly after his retirement in 2007, love of family brought Jerry to Annapolis, MD to be near his daughter’s family. He enjoyed being an integral part of his grandchildren’s lives. He never missed a school performance, took interest in their friends and made himself available to run them to activities. He became very active in the Heritage Harbour community and found many friends in various activities such as the men’s book club and the baby boomer club. Preceded in death by his two wives, he is survived by his daughter, Andrea Horning and her husband Steve; three wonderful grandchildren, Emma, Andy and Lily Horning; and sister-n-laws, Donna Dorsey, Pat Hoag (Eric) and Judy Yancey (Ken). Jerry will be remembered at Lasting Tributes located on Bestgate Road, in Annapolis. Viewings will be from 2-3 PM and 6-8 PM on Monday October 19th. Funeral service at 3 PM (limited seating). Entombment will follow Wednesday, October 21, 2020 at Christ Our Redeemer Cemetery Mausoleum, 204 Cemetery Lane, Pgh, PA 15237. Friends are welcome to join family for Committal Service at 10am. Donations in memory of Jerry should be sent to the University of Pittsburgh Chesapeake & Potomac Scholarship Fund: giveto.pitt.edu/chesa .

Gerald Andrew Rimsky, 76, of Annapolis passed from this life to be with our Lord on Wednesday, October 15, 2020 at Anne Arundel Medical Center. Born on March 31, 1944 in Pittsburgh, PA, Jerry was the son of the late Andrew and Emma Rimsky.... View Obituary & Service Information

The family of Gerald "Jerry" Rimsky created this Life Tributes page to make it easy to share your memories.

Gerald Andrew Rimsky, 76, of Annapolis passed from this life...

Send flowers to the Rimsky family.