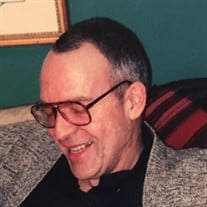 Frederick Norman Mattis, a graduate of St. John’s College and long-time resident of Annapolis, MD, passed away in his home on November 10th. Born in Chapel Hill, NC, on April 7, 1951, Fred is survived by his wife of 40 years, Nancy Mattis, his sister, Susan Mattis, of Waltham, MA, his brother, Ben Mattis, of Townsend, MA, and nephew Benny Mattis. After graduating from St. John’s College, Fred was self-employed as a human resources consultant on unemployment insurance issues. Having his own business enabled him to devote much of his energy to the cause of nuclear disarmament. After years of independent study of the field, he wrote "Banning Weapons of Mass Destruction" published by Praeger Security International in 2009.This work discusses provisions for a proposed treaty banning nuclear weapons and extending worldwide today’s bans on chemical and biological weapons. In the years after publication of the book, Fred contributed numerous articles on nuclear disarmament to nuclear abolition websites. Fred valued the “Great Books” program at St. John’s College and remained an avid reader of philosophy and literature, especially poetry, throughout his life. He never lost the inquiring spirit that led him to thrive at St. John’s. He was also an Eagle Scout and great lover of the outdoors, enjoying many walks in Quiet Waters Park, bird watching, tossing a football with friends, or simply enjoying the beauty of nature. Fred’s warmth and openness quickly turned strangers into friends. His constant thought was how to contribute to the happiness of those around him. Perceptive and attuned to the feelings of others, he had a gift for making them feel accepted and appreciated. His kind and welcoming spirit will be remembered by all who knew him. A zoom memorial to honor and celebrate Fred’s life will be held on Saturday, December 4th, at 11:00 AM, hosted by the SGI Nichiren Buddhist group in Annapolis. All are welcome to attend the zoom memorial using the link or phone number below. Join Frederick Mattis memorial meeting: https://us02web.zoom.us/j/81779605326?pwd=SEs2Mk9FYS91YkVtMk43UGRxMHBydz09 by phone: 301 715 8592 Meeting ID: 817 7960 5326 Passcode: 899426 In lieu of flowers, contributions may be made to St John’s College, Annapolis, MD, or a charity of your choice.

Frederick Norman Mattis, a graduate of St. John&#8217;s College and long-time resident of Annapolis, MD, passed away in his home on November 10th. Born in Chapel Hill, NC, on April 7, 1951, Fred is survived by his wife of 40 years, Nancy Mattis,... View Obituary & Service Information

Frederick Norman Mattis, a graduate of St. John’s College and...