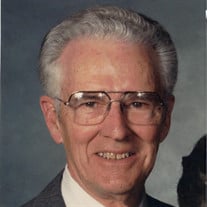 Frank C. Whitesell, 103, of Lancaster, PA. He was born on February 8, 1918 in Reading, PA, the son of Frank E. and Ethel K. Whitesell. He retired in 1980 after 30 years with the former Raub Supply Co., starting in 1950 as a sales representative and held positions of Plumbing & Heating Sales Manager for the Harrisburg and Williamsport branches, Branch Manager of the Winchester, VA, Laurel, MD and Lancaster branches. He later became Director of Purchasing and at retirement was Vice President of Marketing for the Industrial Division. He was also on the Board of Directors prior to the sale of the original company. Upon retirement he and another Raub Supply Co. retiree started A-Z Advertising Specialties, a promotional products company, which they sold in 1990. After three years as a consultant he became a partner in Lancaster Ad Specialties, becoming President when the company became incorporated. In January 2002, he sold his interest to the other stockholder but continued to represent the company as an independent contractor. He attended Mercersburg Academy. He was a member of Highland Presbyterian Church, a former member of Rotary Clubs in Winchester, VA and Laurel, MD, The Hamilton Club and Conestoga Country Club. A sports enthusiast, he enjoyed golf and fly-fishing, particularly fly-fishing in the Rangeley, Maine area where he and his son maintained a summer home. He was preceded in death in 2000 by his wife of 41 years, Anne (Snyder) Whitesell. He is survived by a son, Steven, of Gambrills, MD and grandchildren, Leslie Whitesell of Carmel, IN and Brian Whitesell of Alexandria, VA. In lieu of flowers, donations may be made in Frank’s name to Rangeley Lakes Heritage Trust (https://www.rlht.org/be-involved/membership). Online condolences may be made at www.LastingTributesFuneralCare.com.

The family of Frank C. Whitesell created this Life Tributes page to make it easy to share your memories.

Send flowers to the Whitesell family.