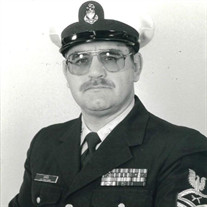 Donald R. “Don” Sands Jr., 72, went home to be with the Lord after a battle with heart and kidney disease on the evening of August 5th surrounded by his family at his home in Annapolis, Maryland. Don is survived by his beloved wife of 50 years, Chery, his sons, Brian (Jacqui), Brandon (Heather) and daughter, Shannon Sands. He is also survived by his 7 grandchildren, Ty, Kylie, Brian Jr., Colby, Caroline, Zayden and Emma. Don was the oldest of 12 and survived by Wayne, Darrell, Robin, Julie, Deborah, Nancy, Kevin, Calvin, David and Darlene. Predeceased by his parents Donald Sr. and Ethel, and his brother Kenneth. Don retired as a Chief Petty Officer (CPO) from the United States Coast Guard after completing more than 20 years of dedicated service to his country. CPO Sands began his service in Fort Dix, NJ. In September 1967, he joined the U.S. Army and attended boot camp there. After completing advanced training at Fort Jackson, SC, Sands spent 18 months in the Republic of Vietnam. After a year at Fort Ord, CA, Chief Sands was released to the inactive reserve in 1970. Don began his association with the Coast Guard in January of 1974. After a brief indoctrination at the Training Center in Cape May, NJ, he went on to Yeoman “A” School in Petaluma, CA. Upon graduation, he was assigned Independent Duty onboard the Coast Guard buoy tender HORNBEAM, homeported in Woods Hole, MA. Two years later, he was transferred to Coast Guard Headquarters, Officer Assignment Branch in Washington, DC. After 3 years in Washington, Chief Sands was assigned to Group Monterey in California, ending this four-year tour in July of 1983. Then it was back to Petaluma, CA, where Chief Sands served as Chief, Yeoman “A” School. During this tour, Don attended the Chief Petty Officers Academy, graduating in November 1986. In June 1987, CPO Sands reported to Group Baltimore, Maryland, where he served as Administration Division Officer. Chief Petty Officer Sands’ awards include: the Coast Guard Achievement Medal, Coast Guard Good Conduct Medal with four bronze stars, Commandant’s Letter of Commendation, Coast Guard Meritorious Unit Commendation with “O” Device, Coast Guard Sea Service Ribbon, Vietnam Campaign Medal, Vietnam Service Medal, Coast Guard Bicentennial Unit Commendation, Coast Guard Expert Rifle Medal, and Coast Guard Pistol Marksmanship Ribbon. After retiring from the Coast Guard, Don enjoyed a 20+ year career in management working in several leadership positions. Don was a devote Christian and very involved with his church. Over his lifetime, he served as a Deacon, Trustee, Sunday School Teacher and Choir Director. He and Chery enjoyed spending time together watching “their shows”, Jeopardy, Wheel of Fortune, the Ravens and of course Baseball. Affectionately known as Papa Sands on the sidelines, he spent countless hours cheering on his kids and grandkids while they competed and performed. Music and writing were two of his passions, he penned many poems and songs for his friends and family. Don put others above himself. He was known by all to be the first person to lend a hand, offer advice and give encouragement. He loved his family and instilled in his children and grandchildren strong values that serve them well. Friends are invited to celebrate Don’s life at Lasting Tributes Cremation and Funeral Care, 814 Bestgate Road, Annapolis, MD 21401 on Saturday, August 28th. A gathering of family and friends will begin at 1pm followed by a Celebration of Life from 3pm – 4pm. Interment at the Crownsville Veterans Cemetery will occur at a later date. In lieu of flowers, a fund has been created to assist Chery with the funeral and future expenses. https://gofund.me/521262a3

Donald R. &#8220;Don&#8221; Sands Jr., 72, went home to be with the Lord after a battle with heart and kidney disease on the evening of August 5th surrounded by his family at his home in Annapolis, Maryland. Don is survived by his beloved wife... View Obituary & Service Information

The family of Donald Roy Sands Jr. created this Life Tributes page to make it easy to share your memories.