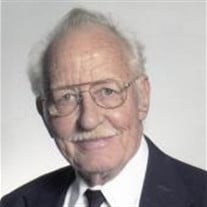 Don Laurance Harmon, 92, passed away on Oct. 12. He lived a long, honorable, generous life, and his friends and family will miss him very much. Dr. Harmon was born in Columbia, Missouri to Prof. E. M. and Gladys Harmon. He graduated from University of Louisville with an A.B in Biology, an M.S. in Botany, and from the School of Medicine in 1954. He had a private surgery practice in Louisville and later in southern California and was a member of the American College of Surgeons. Dr. Harmon served in the Navy during WWII before entering medical school. In 1968 he was called to active duty in the Air Force. He served in Southeast Asia during the Vietnam War as Hospital Commander in Udorn, Thailand. He was also Hospital Commander in Bitburg, Germany and at George A.F.B., California. He was Chief of Surgery at Langley A.F.B., Virginia and at Shaw A.F.B., South Carolina. Dr. Harmon earned many honors including the Legion of Merit (twice,) Air Medal, and Meritorious Service, all with Oak Leaf Clusters, and the Vietnam Campaign Medal. He retired from the Air Force as a Colonel with more than 44 years of service. He was predeceased by his wife of 47 years, Martha W. Harmon, M.D., his wife of 21 years, Donne D. Harmon, M.D., and his daughter Laura Harmon. Dr. Harmon is survived by his children Linda Hannigan (Mike,) David Harmon (Terri,) and Richard Harmon (Julia;) grandchildren Elizabeth Kramer (Chris,) Rebecca, Aaron (Carrie,) and David Hannigan, and Laura Harmon; and great grandsons Aiden and William Kramer. Dr. Harmon was also devoted to his nephew, Carl Dick, and his step-family, especially Julie DeMunbrun and Suzanne and Steve Gilmore. Visitation will be at Second Presbyterian Church of Louisville on Saturday, Oct. 20 at 11:30 AM. A Memorial Service will be held at 1 PM followed by inurnment at Cave Hill Cemetery. In lieu of flowers, memorial contributions may be made to Wounded Warrior Project.

Don Laurance Harmon, 92, passed away on Oct. 12. He lived a long, honorable, generous life, and his friends and family will miss him very much. Dr. Harmon was born in Columbia, Missouri to Prof. E. M. and Gladys Harmon. He graduated from University... View Obituary & Service Information

The family of Don Laurance Harmon M.D. created this Life Tributes page to make it easy to share your memories.

Send flowers to the Harmon family.