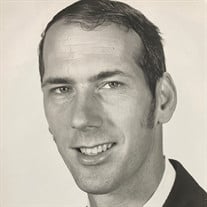 David (Dave) Oplinger at age 82 passed away after a brave battle with cancer on Saturday, February 12, 2022 in Annapolis, Maryland. He was predeceased by his sister (Doris), two brothers (Donald and John). He is survived by his loving and supportive wife of fifty nine years; Jane, their three children; Wendy (Wilson-Abbey, Roger, Rochester, NY), Tracy (Nekula, Jabe), Cindy (Dorman, Tyson), his sister Judy (Seligy, Vern, Ottawa Canada), sister-in-law Marianne (Oplinger, John,), brother-in-law Thomas Fenton (Albany, GA), several nieces, nephews, best friends; Mike and Michele and “ex” neighbors who could be counted on in a moment's notice; Lyn and Lock. As “Papa”, Dave is also survived by six special grandchildren, Carolyn Grace, David Edward, Evan Kristopher, Kayla Jane, Ellie Martha and Katherine Josephine. All of which have very fond memories of Papa getting right down on the floor with them to bang on the drums or race some cars. He was always full of questions about their lives and cherished time spent with them. Born in Niagara Falls, NY, Dave spent most of his life in the Rochester, NY (Honeoye Falls) area. In 1989, the family relocated to Cincinnati, OH and in 2011 the family moved to Annapolis, MD. He fiercely honored God, Country and Family and welcomed anyone with open arms. He gave of himself selflessly which is evident in his many volunteer projects and wood crafted heirlooms that will remain in the family. Dave attended Edison Tech high school in Rochester, NY where he learned wood pattern making. After basic training at Fort Dix in NJ, he served in the Army Reserves for eight years as a Private. During that time he married Jane in Rochester, NY on a Winter day in December before he departed for another assignment. Dave went on to have a successful career as a Pattern Maker at Gleason Works in Rochester, NY for twenty-four years. He attended evening courses at RIT and was promoted to Shop Foreman. He eventually moved on to new opportunities and a warmer climate. He definitely enjoyed the warmer weather and sunshine in Cincinnati! He very much enjoyed the outdoors and always had a vegetable garden and flowers planted around the yard. He took pride in a well kept, lush lawn. Annapolis offered even more activities outdoors and on the water. Dave enjoyed boating, fishing and always looked forward to family gatherings. He could be found chatting with his son-in-laws about cars, woodworking and various projects. Classic cars were always a passion. During the Cincinnati days, Jane and Dave could be seen zipping around with the top down on their 1994 Z28 convertible Camaro. His latest gem was a 1954 Chevrolet Series 2 Pick Up truck entitled “Oplinger Woodworking”. He enjoyed driving around the community saying hi to all who admired it. Dave's memory will live on in the beautifully mastered woodworking pieces he created: upscale office furniture, coffee tables, dining room tables, a baby crib (which each grandchild has slept in), Grandfather clock, bedroom furniture (headboard, dressers), flag cases, hope chests and “millions of shelves” at the Children's Center in Cincinnati. Dave also gave generously through volunteer work utilizing his woodworking skills at Habitat for Humanity, St. John's Church and others. He enjoyed occasional contract work at the Childrens' Theater in Annapolis and was grateful for the opportunity. He volunteered his time at Anne Arundel Medical Center for six years visiting with patients and assisting with deliveries. He also volunteered at Heritage Harbor: The Caring Network and was involved with Veteran groups. Dave was well known around his community and admired by many. He never said no to anyone in need of a home repair or improvement and was always happy to help. Jane and Dave enjoyed travel and spent annual summer vacations in Emerald Isle, NC. Most notably they ventured to Italy, Hawaii, Key West and regularly to Canada and Rochester. Dave loved a thick steak, a dark red wine, black coffee with sweets, warm sunshine, hot showers, an intriguing book and good conversation. Most of all; he loved his family all together. Visiting hours will be held at Lasting Tributes Cremation & Funeral Care on 814 Bestgate Rd, Annapolis, MD 21401 on Friday (Feb 18) from 4 p.m. to 7 p.m. Funeral mass will be held at St. Mary's Catholic Church, 109 Duke of Gloucester St, Annapolis, MD 21401 on Saturday (Feb 19) at 9 a.m. Donations may be made in David's name to Anne Arundel Medical Center Hospital (LHAAMC Foundation, Annapolis, MD 443-481-4747) or the Anne Arundel County Fire Department Fund (cfaac.fcsuite.com) or any United States Veterans' Organization.

David (Dave) Oplinger at age 82 passed away after a brave battle with cancer on Saturday, February 12, 2022 in Annapolis, Maryland. He was predeceased by his sister (Doris), two brothers (Donald and John). He is survived by his loving and supportive... View Obituary & Service Information

The family of David Arthur Oplinger created this Life Tributes page to make it easy to share your memories.

David (Dave) Oplinger at age 82 passed away after a brave battle...

Send flowers to the Oplinger family.