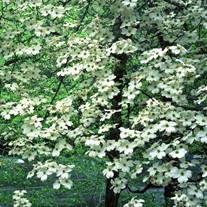 On October 17, 2018, Carol A. Brantley, age 71, of Annapolis, MD, formerly of Roselle, NJ passed away peacefully at home. After graduation from Hillsdale College, Carol held executive positions at Penn Mutual Life Insurance Company before founding Swanbridge Consulting, Inc. Carol specialized in organization development and used her talents in Fortune 500 organizations to enable people at all levels to make their fullest contributions. Carol was also Associate Executive Director of NTL Institute, Director of Operations at EYCA and an affiliate consultant with KJCG and DelTech. Later in Carol’s life, she poured herself into improving her Annapolis community through numerous leadership positions. As chair of the board of The Light House, a Homeless Prevention Support Center, she oversaw greatly expanded services and helped found The Light House Bistro. She also worked with the Chesapeake Climate Action Network (CCAN). She received several awards, including The Martin Luther King Drum Major, in recognition of her contributions. Carol will be missed by her brother Glenn Brantley (Muriel) of Teaneck, NJ and sister Francena Brantley of Roselle, NJ, nephews Christopher Brantley, Scott Harrell (Gail), nieces Kelli, Morales, and Stacey Harrell, six great nephews and nieces, and a host of family and friends. A memorial service will be held on October 27, at 9:30 A.M. at the Unitarian Universalist Church of Annapolis, 333 Dubois Road, Annapolis, MD and Repast at 11:30 A.M. at Annapolis Friends Meeting House, 351 Dubois Road, Annapolis, MD. In lieu of flowers, please consider a contribution in her honor to either: “The Carol Brantley Light and Love Project at The Light House” (10 Hudson Street, Annapolis MD, 21401) Note that fund name on your check or in the comments under the online donation form which can be found at www.annapolislighthouse.org, or CCAN (Chesapeake Climate Action Network) By credit card online at www.chesapeakeclimate.org/donate or by check made out to “CCAN” and mailed to Chesapeake Climate Action Network, P.O. Box 11138, Takoma Park, MD, 20912.

The family of Carol Ann Brantley created this Life Tributes page to make it easy to share your memories.

Send flowers to the Brantley family.