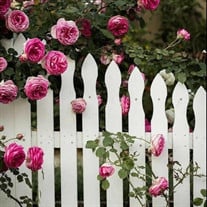 Barbara McCully passed away in Annapolis, MD on August 17, 2021. Barbara was born May 23, 1928, in Kansas City, MO. She grew up in Roanoke, IL, graduating from high school in May 1946. She married Spencer E. McCully on November 25, 1948, in St. Elizabeth Catholic Church in Washburn, IL. They lived in Washburn and then moved to Varna, IL where they farmed for 55 years. They retired in 2003 and moved to Princeton, IL. Upon her husband’s death on September 20, 2009, she moved to Wooster, OH and later to Annapolis, MD to be closer to family. She is survived by her children Mary Keating (Chuck), Marjie Durst, Mike McCully (Carolyn) and Mark McCully (Gerry), grandchildren Kevin Keating (Mary), Christine Keating Avery (Richard), Karen Keating, Carrie Durst, Laura Nukic (Adis), Steven Durst, Matthew Durst, Caitlin Gibbs, Austin McCully, and Madison McCully, and great grandchildren Teagan Keating, Thomas and Grace Avery, and Ajla, Zejn, and Nejla Nukic. The greatest joy and pride in her life were her four children and their families. Honoring her wishes, cremation will take place and her ashes will be buried beside her beloved husband of 61 years in the Immaculate Conception Cemetery, Lacon, IL. A memorial service with family will accompany burial at a later date. In lieu of flowers, the life of Barbara can be celebrated by a memorial contribution to St Jude Children’s Hospital.

The family of Barbara Anne McCully created this Life Tributes page to make it easy to share your memories.