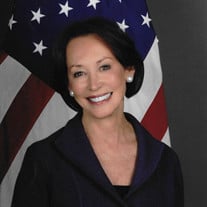 Barbara Shailor Borosage, a former labor union officer who from 2010 until retiring in 2014 was the State Department’s special representative for international labor affairs, died Aug. 2 at her home in Annapolis. She was 72. The cause was pulmonary fibrosis, said her husband, Robert Borosage. Mrs. Borosage spent her early career as international director of the International Association of Machinists and Aerospace Workers and then as the AFL-CIO’s international affairs director. At the AFL-CIO, she was an adviser to Presidents John Sweeney and Richard Trumka on international policy, and she oversaw the work of field offices supporting unions in 55 countries. She helped move the U.S. labor movement’s international focus away from the anti-communist emphasis of the Cold War years to the emerging global economy in which international cooperation among unions was seen as a path toward protecting workers’ interests. She fought for the inclusion of workers’ rights provisions in international trade agreements, and she traveled the globe as a union and later U.S. federal officer, spotlighting and working to improve such situations as substandard conditions at a Boeing aircraft factory in China and fire safety hazards in Bangladesh after more than 1,000 garment workers were killed in a fire. “She could travel seamlessly between different worlds — whether it was meeting with a high level diplomat or world leader, or an agricultural worker from a developing nation,” Liz Shuler, secretary-treasurer of the AFL-CIO, said in a statement after Mrs. Borosage’s death. Barbara Jean Shailor was born in New York City on Dec. 20, 1946. Her father was a management executive for steel companies, and her mother a homemaker. After graduating from Ohio State University in 1972, she became a flight attendant for United Airlines and was assigned that year to the aircraft chartered by the unsuccessful presidential campaign of Sen. George McGovern (D-S.D.). She also worked as a field director on the short-lived presidential campaigns of former senator Fred Harris (D-Okla.) in 1972 and 1976. At the International Association of Machinists and Aerospace Workers, she was a special assistant to President William Winpisinger, and her work included forging alliances with religious, academic and civil rights organizations. She moved to the AFL-CIO in 1995. Survivors include her husband of 30 years, Robert Borosage of Annapolis; three children, Alexander Borosage of Chicago, Gregory Borosage of Darien, Conn., and Frances Borosage of Rockville, Md.; and two grandchildren. A Celebration of Barbara's Life will be held in Washington DC in October. Time and Place TBD.

Barbara Shailor Borosage, a former labor union officer who from 2010 until retiring in 2014 was the State Department&#8217;s special representative for international labor affairs, died Aug. 2 at her home in Annapolis. She was 72. The cause... View Obituary & Service Information

The family of Barbara Shailor Borosage created this Life Tributes page to make it easy to share your memories.

Barbara Shailor Borosage, a former labor union officer who from...