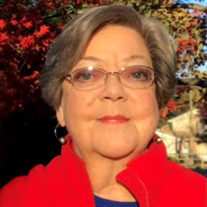 Ann Elizabeth (Ann Elise) Burns Sedor, was born on May 4, 1939, in Edinburgh, Scotland, United Kingdom, and was raised in Edinburgh and in Oslo and Ringebu, Norway. Her parents were Tora Ellingsen Burns of Bergen, Norway, and Alexander “Sandy” Burns, of Hawick, Scotland, who worked for the British Colonial Service, serving as District Commissioner in Sierra Leone, and several times as President of the Freetown City Council in Sierra Leone. Ann is survived by her daughter Ann-Marie (Andrew “AJ” Lipchak) Sedor, Ryan Alexander Lipchak and Christian Andrew Lipchak, sister Ingrid Alexandra (Archie) Beattie, nieces Kate (George) Robinson and Elspeth Edwards, Sara Foley LaValle and family, great nephew William Archie Robinson, great niece Lily Mae Robinson, and several treasured cousins in Europe. She was predeceased by her brother-in-law Archie Beattie and sister-in-law Dolores Foley. Ann attended George Watson’s High School and McAdam’s Business College in Edinburgh, where she earned a business diploma. In her early career, she lived and worked extensively overseas as an executive assistant, primarily in the energy industry. This included London, England; Oslo, Norway; Geneva, Switzerland; Tripoli, Libya; and Calgary, Canada, eventually settling in Palma de Mallorca, Spain, followed by a move to the United States to Oklahoma City, Oklahoma, where she raised her daughter. For the past 25 years, she called Maryland home, and, following her retirement from living and working in Bethesda, Maryland, moved to Annapolis to live with her daughter, son-in-law, and grandsons, which she called the best years of her life. Ann took immense joy in the privilege of having her daughter as her best friend, helping to raise and care for her cherished grandsons, enjoying her son-in-law’s cooking at family dinners, and watching her beloved garden grow. Her favorite pastimes included gardening, reading, watching British television, and enjoying a cup of morning tea and a glass of late afternoon wine on the deck in deep conversation with Ann-Marie under the shining sun and with the company of the family cat, Caleb. After a living in many different locales, she especially enjoyed settling in a quiet community with her family while continuing to travel to Europe to visit her sister, nieces, and cousins. Ann will always be remembered by family and friends for her warmth, practicality, and independent spirit. A memorial service is planned for Saturday, April 30, to celebrate her upcoming birthday and favorite time of year, with more details to come. In lieu of flowers, the family requests donations in Ann’s memory to your choice of local organizations which were close to her heart: • Magothy River Middle School Instrumental Program Boosters, Attention Director Rob Stojakovich, 241 Peninsula Farm Road, Arnold, Maryland, 21012 (or online via Venmo @MRMSIPBoosters / mrmsipboosters.blogspot.com), or • Cape St. Claire Volunteer Fire Company at CSCVFC, 1411 Cape St. Claire Road, Annapolis, Maryland, 21409.

Ann Elizabeth (Ann Elise) Burns Sedor, was born on May 4, 1939, in Edinburgh, Scotland, United Kingdom, and was raised in Edinburgh and in Oslo and Ringebu, Norway. Her parents were Tora Ellingsen Burns of Bergen, Norway, and Alexander &#8220;Sandy&#8221;... View Obituary & Service Information

The family of Ann Elizabeth Sedor created this Life Tributes page to make it easy to share your memories.

Send flowers to the Sedor family.