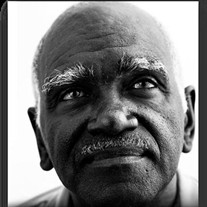 **In lieu of flowers, donations can be made to the Albert R. Green Memorial Fund via PayPal at [email protected] Checks can be mailed to: Albert R. Green Memorial Fund, 21005 Ridgecrest Drive, Sutherland, VA 23885** The celebration of life for Albert Rudolph Green began on August 26, 1939. Al was born in Annapolis, Maryland to the late Rev. Charles Alton Green and Mrs. Beatrice Prudence Green. He attended and graduated Wiley H. Bates High School in Annapolis in 1958. Al united in marriage with Pearl Anita Brown on July 27, 1962. Of this union, two children were born: Albert Eugene Green and Lynise Vernay Green. In high school, Al was drum major for the marching band as well as one of the elite members of the varsity basketball team where he was known for his “nothing but net” corner shot. He also enjoyed the Industrial Arts class where he made a cedar wood storage chest which his daughter Lynise cherishes to this very day! Al ventured into the college realm, taking a swimming course at Anne Arundel Community College. He successfully completed the course, earning the nickname of “Jaws”, which gives some indication of how challenging the adventure was! Al fell in love with the game of golf at a young age. When they weren’t caddying, he, along with his brothers Franklin and Carrolton (Skip) would often sneak in playing time on the US Naval Academy Golf Course. Without any formal lessons, he learned to play left-handed because someone gave him a left hand set of clubs. After receiving a right hand set, he was able to seamlessly transition the techniques and soon became a fierce competitor on the course. A member of the United Golfers Association, a group of Black self-proclaimed golf professionals (affectionately known as the “Chitlin Circuit”), Al was a dominant competitor on the course. In 1967, Al became the first African American to earn membership in the Mid-Atlantic Section of the Professional Golfer’s Association. Al accomplished trailblazing milestones across golf’s racial divide thanks to the helping hands of Johnny Bass, who appointed him as his Assistant Pro at Pine Ridge Golf Course, taught him the business of golf and made a way for him to compete in many Mid Atlantic professional golf tournaments. Another dear friend, Vernon Terry, also played a major role in Al’s career, sponsoring his tournament agenda. In 1969, Al became the head pro at the Dwight D. Eisenhower Golf Course in Crownsville, MD. – the county’s first 18-hole public golf course. For nine years he and his family managed the operations of the course—brother Skip as his Assistant Pro, brother Frank as the greens superintendent; wife Pearl managed the Pro Shop, and sister Vi and his brother-in-law Horace Rowel holding down the snack bar. He even put the kids to work—Algene, Lynise, Skip Jr., Rodney and Timmy—shagging balls on the driving range and ensuring golf carts were always cleaned, charged and ready to go. As his career continued to grow, Al left Eisenhower for a new appointment as Director of Golf at the Bahamas Princess Hotel and Casino in Freeport, Bahamas. There for nearly 3 years, he and his family experienced an incredibly unique opportunity of cultural and international immersion. Afterward, he and his family returned home where he went on to lead operations at Langston Golf Course, Lee Elder Enterprises and Lake Arbor Country Club. After a short time in Florida, Al once again returned home to Maryland where he rejoined the family church (Asbury Broadneck United Methodist) and became a prominent member of the Men’s Choir. Still living his passion, Al went full circle taking his final place in the game of golf as the Head Teaching Professional at Eisenhower Golf Course. He retired from this position in 2019. Albert Rudolph Green went on to evergreen fairways on February 16, 2022 to unite in spirit with his parents, his brothers Frank and Skip, and sisters Viola and Lil. He leaves to celebrate his life, cherish his memory and continue his legacy: ex-wife and best friend Pearl Anita Green, devoted son Albert Eugene (Monique) and loving daughter Dr. Lynise Vernay; his “buddies”, as he affectionately referred to his grandchildren, Cierra Lynette and Quincy William; a sister, Standola Elizabeth Reynolds; 12 nieces - Carol, Lillie, Joanne, Cynthia, Patricia, Yvette, Sondra, Nicole, Maria, Carol, Melanie and Lafrance; 12 nephews - Charles (Joe), Gary, Myron, Johnnie, Randy, Keith, Alton, Timothy, Scott, Carrollton, Rodney and Michael, and a host of cousins and friends. In lieu of flowers, donations can be made to the Albert R. Green Memorial Fund via PayPal at [email protected] Checks can be mailed to: Albert R. Green Memorial Fund, 21005 Ridgecrest Drive, Sutherland, VA 23885

The family of Albert Green created this Life Tributes page to make it easy to share your memories.

**In lieu of flowers, donations can be made to the Albert R....